The IIEST is also setting up another 800 kw capacity solar energy plant commissioned by the Centre for Excellence for Green Energy Systems of the institute. 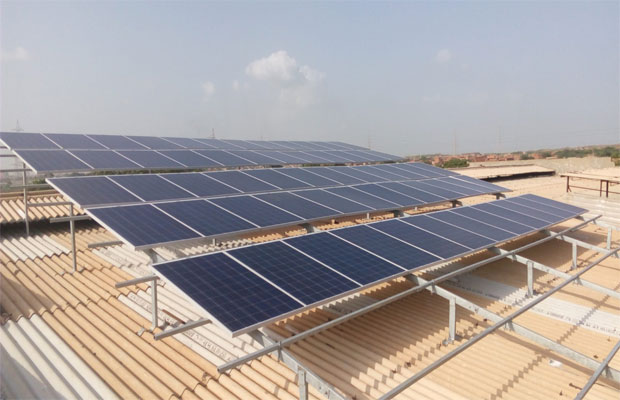 The Indian Institute of Engineering Science and Technology has commissioned the first smart micro grid project in the country which is capable of lighting up 32 lamps each OF 100 watt capacity in the campus.

“It has the capacity to generate 32 kilowatt electricity which can light up for 24 hours 32 lamps each having 100 watt capacity or say 16 lamps of 200 watt capacity non-stop,” Ray said on the sidelines of a programme here.

It is a pilot project inaugurated by then President Pranab Mukherjee on May 19 last and currently the electricity is being used within the institute campus, he said.

The power generated from solar energy depends on the availability of sunlight during day time while wind energy was being produced whenever there is strong wind on the bank of Hooghly in Shibpur in Howrah district where the institute is located.

The power from biogas is being generated mostly at night from vegetable waste collected from the campus kitchen and markets outside, he said yesterday.

The IIEST, formerly Bengal Engineering College Shibpur, is also setting up another 800 kw capacity solar energy plant commissioned by the Centre for Excellence for Green Energy Systems of the institute.

“This is an entirely solar energy-based plant and separate from the smart micro grid. We have partially completed the solar project. It can produce 300 kw power now but we are yet to commission the project,” he said.