In a bid to develop the offshore wind energy sector as part of Azerbaijan’s efforts to shift to renewable energy sources, IFC, a member of the World Bank Group, and Azerbaijan’s Ministry of Energy today signed a Memorandum of Understanding. The aim is to support the country in reducing reliance on fossil fuels for electricity generation and facilitating private sector participation in the power sector. 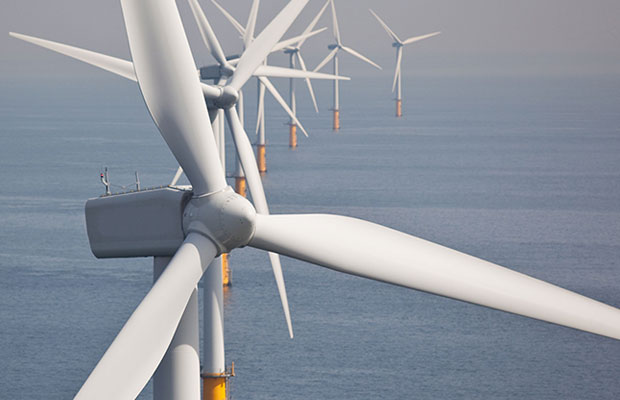 The technical potential of offshore wind energy in Azerbaijan is estimated at 157 gigawatts, according to an analysis provided by the World Bank’s Energy Sector Management Assistance Program (ESMAP). This represents vast potential when compared to the country’s total installed capacity of around 8 gigawatts. By unleashing this potential and transitioning from oil and gas to renewable energy, the country will reduce greenhouse gas emissions and vulnerability to volatile fuel prices.

Parviz Shahbazov, the Minister of Energy of the Republic of Azerbaijan, said: “Renewable Energy has been determined by the Head of State, H.E. Mr. Ilham Aliyev as one of the significant priorities of Azerbaijan’s socio-economic and diversified development course, as well as achieving a clean environment by 2030. The fact that renewable energy has a significant position in production and consumption makes it necessary to use the offshore wind energy potential.”

He added, “The rich energy resources of the Caspian Sea are an important source not only for the development of the hydrocarbon industry, but also the green energy sector. Cooperation efforts with IFC will contribute to the development of offshore wind energy production in Azerbaijan, as well as the use of renewable energy and the reduction of carbon emissions.”

Under the Memorandum of Understanding, IFC aims to work with Azerbaijan’s Ministry of Energy to create a comprehensive roadmap for the development of the country’s offshore wind energy sector. Down the line, IFC and the Ministry are expected to continue cooperation as the Ministry implements the roadmap and strives to attract and build sustainable public private partnerships in the sector. IFC’s work is part of its joint initiative with the World Bank’s ESMAP to scale offshore wind energy in emerging markets.

Wiebke Schloemer, IFC Director for Europe and Central Asia, said: “One of IFC’s strategic priorities in Azerbaijan is to support the country’s move to a new private-sector led growth model. Helping the nation—rich in oil and gas resources—explore and develop offshore wind energy can increase private sector participation, while also supporting energy transition in a sustainable manner. This will play a catalytic role, strengthening Azerbaijan’s infrastructure and tackling climate change.”

Azerbaijan became an IFC member in 1995. Since then, IFC has invested around $500 million in the country, including $73 million through mobilization. These funds have financed 56 projects across a range of sectors, including financial services, infrastructure, and manufacturing. In addition, IFC has supported around $100 million in trade through its trade-finance program and provided $250 million for the Baku-Tbilisi-Ceyhan pipeline. IFC has also implemented a range of advisory projects aimed at encouraging private sector growth.