IFC, EIB and Proparco to Finance Constriction of 2 Solar Plants in Senegal

Proparco, IFC and the EIB have granted loans totaling EUR 38 million for the construction and operation of two solar power plants in Senegal. 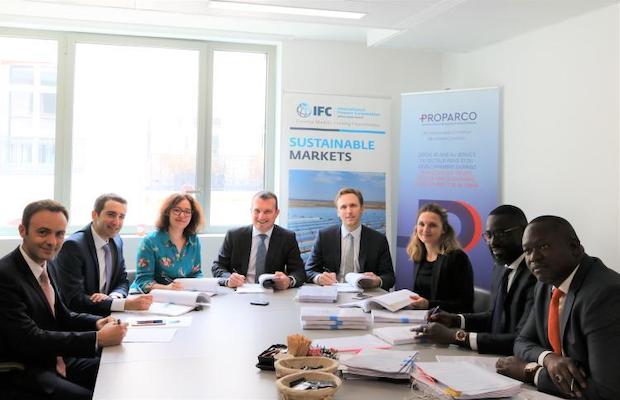 Proparco, the International Finance Corporation (IFC) and the European Investment Bank (EIB) have granted loans totaling EUR 38 million for the construction and operation of two solar power plants in Senegal.

Proparco, building on the experience acquired through the financing provided in 2016 for the construction of the Senergy and Ten Merina solar power plants in Senegal, coordinated IFC’s and EIB’s interventions in this operation. Part of IFC’s contribution is financed by the Finland-IFC Blended Finance for Climate program.

These two plants, with a total installed capacity of 80 MW, will be built in the rural regions of Kahone and Touba in central Senegal.

Funding is provided to the sponsors Meridiam and Engie and the Senegalese sovereign fund Fonsis. These projects are the first two achievements in Senegal of the World Bank’s Scaling Solar programme, which aims to promote investments in renewable energy in emerging markets.

“Thanks to the determination of the Senegalese government, the commitment of donors such as Proparco and the know-how of the two French renewable energy specialists Meridiam and Engie, we are once again demonstrating the great potential of solar energy to improve Senegalese access to clean, renewable and affordable energy” said Gregory Clemente, chief executive officer of Proparco.

The two projects are the first ones in Senegal under the World Bank Group’s Scaling Solar program, which was designed to promote private investments in renewable solar energy in emerging markets. Following the approach, the projects were awarded after an international call for tenders led by IFC’s Advisory team under a mandate from the Government of Senegal.

“With the signing of the funding, Senegal is once again demonstrating that the Scaling Solar approach provides record prices by creating a competitive tender and attracting world-leading players. We are pleased that many other countries, in Africa and beyond, are following this path and are adopting this model to accelerate the development of solar energy” said Aliou Maiga, IFC regional director for West and Central Africa.

The two solar power plants are expected to provide nearly 600,000 people with better access to renewable electricity. These two projects will avoid the emission of 2.2 million tons of CO2 over the lifetime of the installations while producing the cheapest energy in the country. They thus contribute to the country’s ambitious objective of increasing the share of renewable energy in its energy mix.