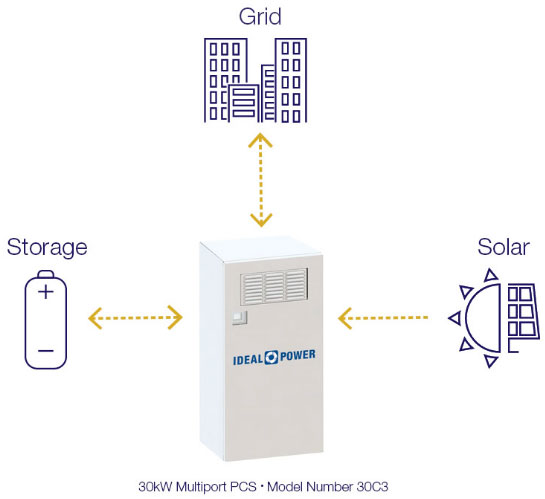 Key features of the Stabiliti include built-in galvanic isolation, bi-directional power flows on both DC and AC ports with seamless transfer available between its grid-tied and grid-forming modes, and the ability to be paralleled in microgrid mode, enabling larger installations of multiple units for backup power applications. Stabiliti is software-configurable with power grids around the world in one hardware platform, can integrate multiple sources of generation and storage simultaneously, facilitates EV fast charging with buffer batteries, and enables peak shaving and demand management applications — all in one box.

NEC Energy Solutions will be displaying the new Stabiliti as part of their DSS exhibit at DistribuTECH 2017 in San Diego, California (Booth #3602) from Tuesday, January 31st to Thursday, February 2nd. NEC recently announced the Stabiliti™ will be integrated with select configurations of NEC Energy Solutions DSS® distributed energy storage solution.

“We are pleased to introduce Stabiliti to the industry as this is a major evolution in the capabilities we can provide C&I customers,” said Dan Brdar, CEO of Ideal Power. “Stabiliti unlocks versatility by enabling end users to perform multiple applications, which increases potential revenue streams. Our Stabiliti provides new features including full galvanic isolation, seamless transfer in switching from grid-tied to off-grid modes and paralleled microgrid functionality. Innovation is one of the core traits within our corporate culture and after listening to customers and system integrators, we developed a product line that broadens our addressable market for microgrids, stand-alone energy storage and backup power.”

PPSA is a revolutionary approach to power conversion that uses 100% indirect power flow to deliver a bi-directional, fully isolated conversion while eliminating a majority of the bulky passive components, such as the separate isolation transformer and bulk capacitors, that are used in traditional power conversion systems. Like Ideal Power’s previous generations of 30kW PCS, Stabiliti is encased in a NEMA 3R rated outdoor enclosure and is wall-mounted.