Iberdrola group, through its subsidiary in the USA, Avangrid Renewables, has signed a PPA (Power Purchase Agreement) with Dairyland Power Cooperative to supply 52 MW of renewable energy from the Tatanka Ridge wind farm in South Dakota. 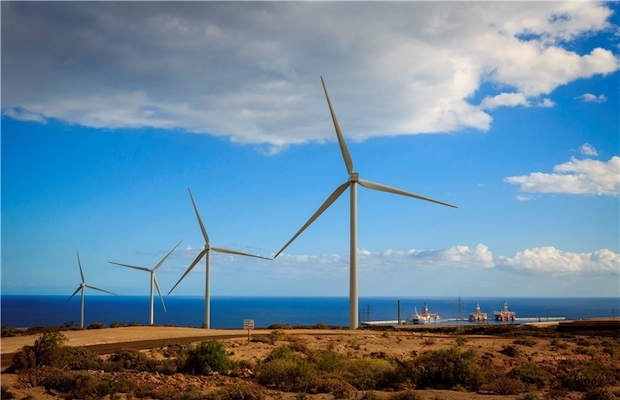 Dairyland’s portion of Tatanka Ridge’s output would represent enough wind power to power approximately 16,000 homes. Avangrid Renewables is the owner and developer of the facility.

“Diversifying our generation mix is a key strategic priority for Dairyland and our cooperative membership. Tatanka Ridge will significantly increase our investment in sustainable, renewable energy,” said Rob Palmberg, Dairyland Vice President, Strategic Planning. “Dairyland has collaborated twice with Avangrid Renewables on existing wind energy projects and we are excited to work together again.”

The 154.8 MW Tatanka Ridge would encompass approximately 18,000 acres of primarily corn and soybean farms and cattle ranches, leased from more than 100 landowners. Between land lease payments and taxes, the wind farm would inject $1.7 million of economic benefits annually. The project will generate wind energy from 56 GE wind turbines, with construction anticipated to begin later this year. Commercial operation is expected by year-end 2020.

In April, Iberdrola issued its first quarter financial results. Obtaining a net profit of €963.9 million in the first three months, the company recorded a 15 percent increase over the same period in the previous year.

The company has given the credit for the high returns to its investment strategy, with more than €5.3 billion invested by the group in the last twelve months. Growth in all businesses and the improvement in cost/income ratio achieved in all countries, especially in Brazil, also allowed the company to increase its gross operating profit (EBITDA) by 11.9% to €2.599 billion.

Tags: Avangrid Renewables, green energy, Iberdrola, International, US, wind energy, wind power, wind power in US
"Want to be featured here or have news to share? Write to info[at]saurenergy.com