Iberdrola has been pre-qualified for the next offshore wind capacity tender in France, the Normandy offshore wind farm in the English Channel, with a capacity between 900 and 1,050 MW. The company will now enter the competitive dialogue phase, during which the details of the project will be discussed with the French government before preparing and submitting the bid. The final award decision is expected to be made public in February 2022. 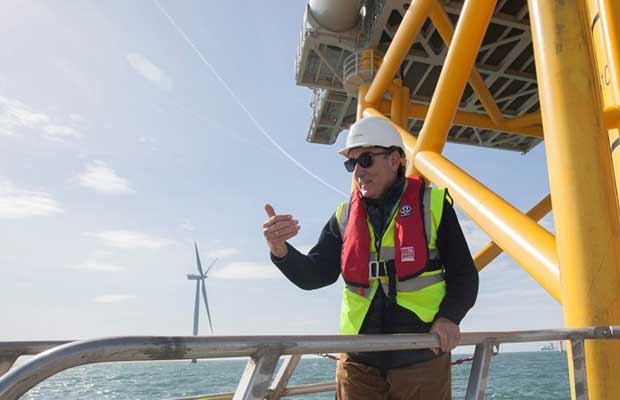 On 15 January, the French government opened the pre-qualification process for this project, which is located some 32 km off the coast of Barfleur, with a 500 km² zone which will be further reduced throughout the Competitive Dialogue and de-risking campaigns. Fixed foundation technology will be used, given the water depths.

“The continued development of offshore wind energy is vital to decarbonize the economy. Normandy represents a major milestone for France’s energy transition, as it is the first project within the Multiannual Energy Plan which states the French Government’s commitment to award 1GW of offshore wind per year. As a world leader in offshore wind, with major projects already operating in the North Sea and the Baltic, and with the construction of Saint-Brieuc offshore wind farm underway, we are confident that we can bring our expertise and delivery capabilities to the development of this new project,” said Javier García Pérez, Iberdrola’s Offshore Wind Business Director.

AMONG THE LEADING DEVELOPERS WITH A 19,000 MW PIPELINE

Iberdrola’s decision to participate in a new offshore wind project in France is in line with its strategy to lead the industry while strengthening its presence in a strategic market for the company.

Following a number of offshore wind transactions in recent months, the company has a project pipeline of some 19,000 MW, in established markets such as the United Kingdom, the United States, France and Germany. Iberdrola has also entered emerging markets such as Japan, Sweden, Poland and Ireland.

This strategy has already enabled the company to operate offshore wind farms in the German Baltic Sea (Wikinger), the North Sea (East Anglia ONE) and the Irish Sea (West of Duddon Sands). The company is also making progress on the Vineyard Wind ONE offshore wind farm project (800 MW off the coast of Massachusetts), Saint Brieuc, in Brittany, France, which will begin construction on 3 May, Baltic Eagle in German waters and East Anglia Hub in the North Sea.