India’s solar sector outlook is positive in view of a strong government support for the renewable energy sector to achieve the target of 40GW of installed rooftop solar power by 2022 along with high investor interest, says a report.

“We maintain our view that inefficiencies in the power grid infrastructure, power supply shortages and the scalability of decentralized technology pave the way for deployment in India,” BMI Research said in a statement. 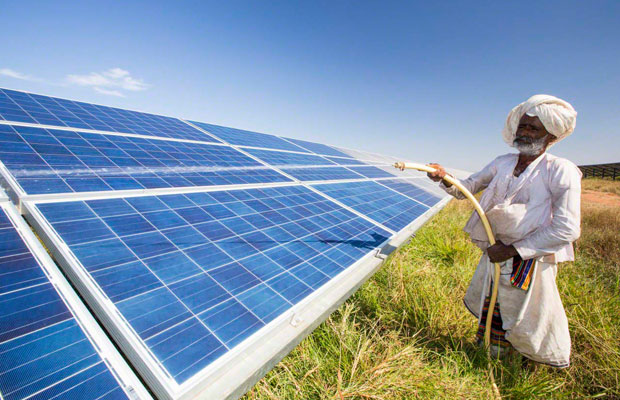 The outlook for solar power in India is positive, given the strong government support for the sector, high investor interest in the market and the strengthening project pipeline of projects, it said. “26GW of solar capacity in the pipeline we expect solar capacity to surge to nearly 53 GW by 2025.

This, however, is below government targets, which envisage solar capacity reaching 100GW by 2022 -a target we believe too ambitious, due to the numerous bottlenecks facing the country’s renewable expansion, it said.

“We note that this growth in solar capacity is not just confined to utility-scale capacity, as India holds vast potential for the expansion of decentralized energy solutions (DES), notably in the form of off-grid and residential solar,” it said.

“Inefficiencies in the power grid infrastructure, power supply shortages and the scalability of decentralized technology pave the way for deployment in India – and in fact, the wider Asia region where we have highlighted the growing penetration of DES as a key theme,” it added.

Within the governments solar roadmap there is a capacity target for rooftop solar-of 40GW by 2022. “We believe the fulfillment of this target will be determined by policy implementation at the state-level, given that governance in the power sector remains very much state-led,” it said.

“As such, we view the announcement of Madhya Pradesh’s decentralized renewable energy support scheme in September as a positive step towards increasing the deployment of rooftop solar in India at the national level.

The scheme, which is called Smile on Every Roof, aims to install 2.2GW of rooftop solar by 2022 by introducing a net-metering system, which enables consumers to sell excess power generated from household renewable energy systems,” it said.