The Haryana Power Generation Corporation Limited has successfully commissioned the first 10MW solar power plant at Panipat Thermal Power Station. On its very first day of operation, the plant generated and supplied about 10000 units of electricity to the grid. 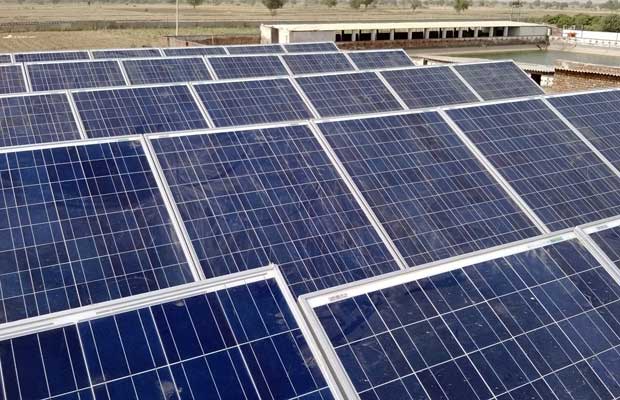 HPGCL’s Managing Director M.K.V. Rama Rao stated that the use of renewable energy had become imperative considering the long-term and short-term harmful effects of conventional power project on environment and human beings. Sun radiation is available in abundance in India and with the use of photovoltaic technology the impact on environment is minimal. Thus, the energy generated from solar power plant is with minimum impact and it reduces the carbon footprints, he added.

He also added that M/s Germi, a Research and Development organisation of Gujarat Government (PSU), one of the best consultants in the country, have been assigned as consultant for this project. The 10MW solar project was commissioned 36 days in advance with the dedicated efforts of the engineers and staff of HPGCL and vendor.

Rama Rao said that the work for setting up of the project was awarded during May, 2016 to a leading Engineering Procurement and Construction (EPC) contractor M/s Sterling and Wilson Private Limited at a cost of Rs. 57.67 crore. The operation and maintenance of the project would be looked after by EPC contractor initially for five years.

He mentioned that most of the equipment except solar modules used in the project are indigenous. The high-quality solar modules having long life of more than 25 years have been sourced through one of the top manufacturer M/s JAsolar.

Rama Rao said the project is expected to generate about 17 million units of electricity per annum. The tariff of electricity generated from the project would be Rs 4.88 per unit, which is the most competitive tariff without taking benefit of Viability Gap Funding (VGF).

He said that HGPCL had identified a total potential of setting up of ground mounted, rooftop, canal top and floating type solar power plants of 133MW capacity, on the sites available at its power stations at Panipat, Hisar, Yamunanagar and Faridabad. The pre-project activities for setting up solar power projects have already been started.