Hindustan Power, India’s leading integrated power player – has been awarded the ‘Best Solar Developer’ by the Indian Power Producers Association of India” during its 17th Regulator and Policy makers Retreat. 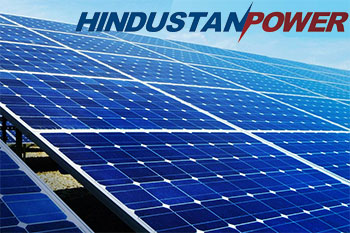 The company has distinction of commissioning India’s first 5 MW and 30 MW solar projects and has pan India presence.

Mr. Rajyawardhan Ghei, CEO, Domestic Solar Hindustan Power, said, “We are one of the early entrants in the sector and our international exposure helped us bring new practices and technologies to the country. We have been constantly delivering projects on time thanks to the designing and supply excellence. Close to 600 MW of solar assets commissioned, we have been at the fore front and would like to thank IPPAI for recognizing our efforts.”

Deloitte as the Knowledge partner short-listed the entries as per the set criteria for the jury to finalize the winner based on their contribution to the sector over the years.

Mr. Harry Dhaul, Director General, IPPAI, said, “As India is entering a critical period for achieving its ambitious target of 175 GW by 2022, the need is to motivate and recognize the players who have been in the sector for long. We wish all the best to Hindustan Cleanenergy and hope they continue with their good work. ”