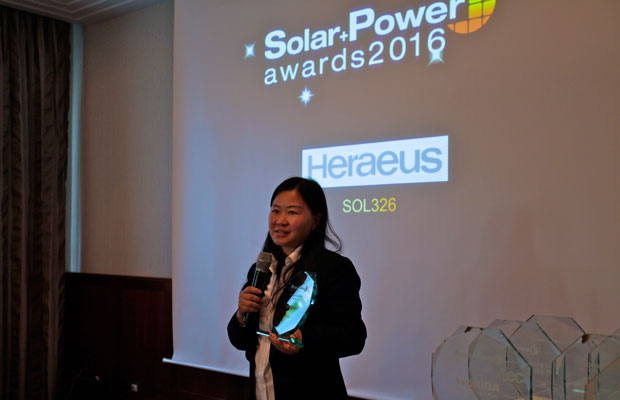 SOL326 series is part of Heraeus PERC-package, which also includes the SOL9631 series, a low-temperature front-side paste which reduces light-introduced-degradation (LID) loss to be similar as a normal P-type module.

“Photovoltaics will become the most efficient way to produce energy in the future. We predict levelized costs of electricity to be reduced by 50% in the next five years”, said Andreas Liebheit, President of Heraeus Photovoltaics. “Heraeus already today contributes strongly to this vision by delivering the most efficient silver pastes in the PV industry,”