Hanergy Wins APVIA Award 2019 For its Contribution to PV Industry

Hanergy Group has won the illustrious APVIA Award 2019 for its exceptional contribution to the photovoltaic industry. 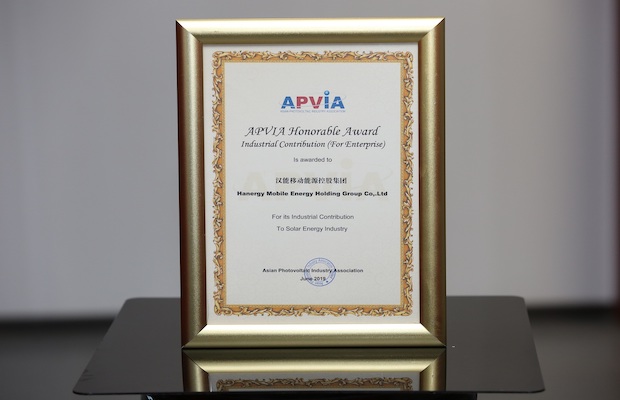 One of the world’s leading thin-film solar power companies, the Hanergy Group, recently won the illustrious Asian Photovoltaic Industry Association (APVIA) Award 2019 for its exceptional contribution to the photovoltaic industry and being at the forefront of technological advancements.

Receiving the prestigious award in two distinguished categories, Gao Jun said, “We’re honoured to have received the illustrious APVIA Award 2019 for our contribution to Photovoltaic Industry and technological achievements. At Hanergy, we take a lot of pride for having been at the forefront of technological innovations and promote mobile energy as an integral part of the future energy at a global level. With this recognition, we’re further driven to raise the bar in the industry through our constant work to make this world a better place to live in.” 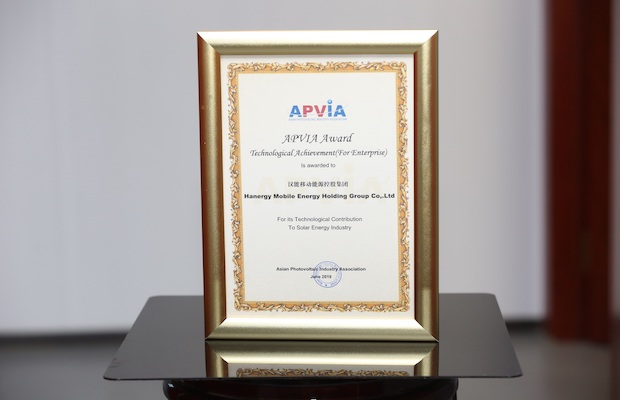 In March, Hanergy’s innovative thin-film solar products won 4 iF Design Awards, also known as the “Oscar Awards in designing”. Similarly, the HanPower Plus in, the company’s portable solar power charger, was recognized by the design industry’s most stringent jury and won the Red Dot Award in the Product Design category.

In April, the company announced that it is all set for the global launch of its Thin Film Flat SOLARtile. Which the company claims is its cutting-edge solar roof tiling solution developed in collaboration with CSR Group.