As a world leading thin-film solar company, Hanergy has been actively pushing forward green innovation, particularly in the transportation and construction industries, and combining solar power technology with car, construction and other consumer electronics. 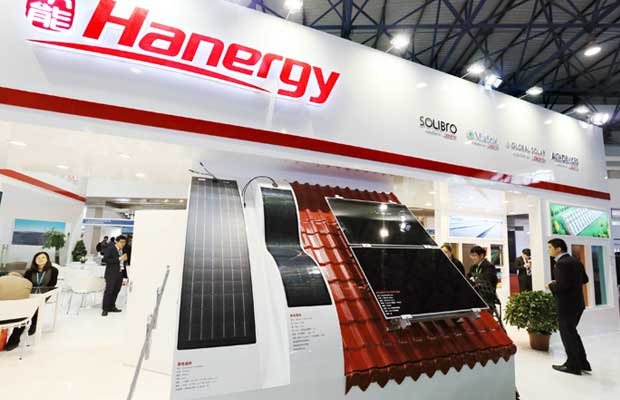 Hanergy Holding Group, China’s largest thin-film solar cell manufacturer, announced that following the call for “green development” at the recent 19th National Congress of the Communist Party of China, the company will further enhance its clean development efforts and leverage its thin-film technology to contribute to the green transformation of the transportation and construction industries.

“China is at a turning point in its history, facing both opportunities and challenges. To solve its development issues will require major innovation and transformation of key industries,” said Li Hejun, Hanergy chairman. “As a world leading thin-film solar company, Hanergy has been actively pushing forward green innovation, particularly in the transportation and construction industries, and combining solar power technology with car, construction and other consumer electronics in order to boost the healthy and sustainable development of the clean energy industry.”

With regard to the construction industry, Hanergy has made great progress in material innovation. In March 2017, China’s State Power Investment Corporation completed the construction of its headquarters building with Hanergy’s industry leading thin-film solar panels embedded in the building’s facade walls, roofs, shades, windows and other areas, providing a steady stream of green electricity.

In August 2017, Hanergy launched Hantile, a new product combining highly efficient solar panels with traditional roof tiles. Hantile has better performance than traditional tiles in terms of thermal insulation, heat preservation, fire prevention and hail protection. It can also generate power within an extreme range of temperatures, from -40 degrees Celsius to 85 degrees Celsius. At the manufacturing level, the industry leading conversion efficiency of Hanergy’s flexible thin-film cells used by the Hantile is currently 17.5%, and this year the conversion efficiency is expected to rise to 18.5% and to continue increasing thereafter.

One of Hantile’s key advantages is its eco-friendliness: the quantity of emissions abated by every 25 Hantiles is equal to that of one tree – about 5-10 kilos. Every year, 1 billion square meters of tiles are sold in China. If these were all replaced by Hantile, it would reduce emissions by 100 million tons of CO2, or the equivalent of planting 4 billion trees.

Hantile also has huge market potential. According to data from the China Brick & Tile Industrial Association, China’s tile market is still expanding, with annual growth of about 20%. According to the current price of Hantile, the potential domestic market is estimated to be 1.4 trillion yuan annually. As for the global market, it is at least twice as large as the domestic China market, bringing its potential market scale up to 2.8 trillion yuan.

In terms of applications in the transportation industry, 2017 has also been a fruitful year. Beyond developing its own solar vehicles, Hanergy’s US subsidiary Alta Devices began work with German car maker Audi to integrate solar cells into panoramic glass automobile roofs. Hanergy has also recently cooperated with major bike sharing companies, including Mobike, 99 Bicycle and MTBike to integrate thin-film solar panels into the bodies of more than 15 million bicycles over the next three years.

Hanergy has invested heavily in technology R&D, pushing forward thin-film technology and developing over 100 innovative products across 12 categories in the transportation and construction industries. As of October 2017, the company has applied for 1,895 patents, 53% of which are original innovations. Hanergy has over 1,800 employees working in R&D, including global leading experts on semiconductors and photovoltaics.

Discoms Could Save ~Rs 22K Cr due to Indexed RE Tariff: I...