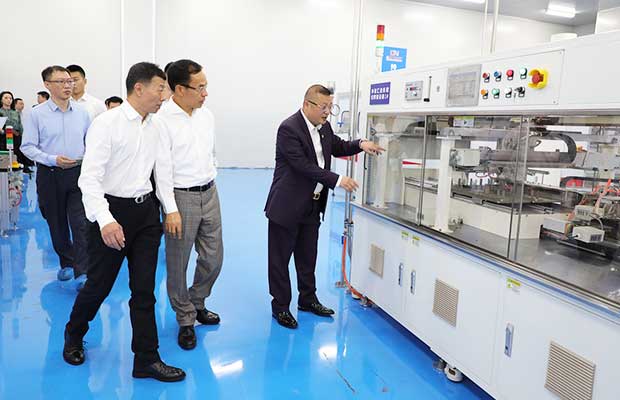 “We express our heartfelt congratulations to Hanergy for launching the world’s first automated HanTile production line in Guiyang, where is equipped with the excellent business environment. We welcome more large-scale projects to be built and invested here. We’ll extend all our support in order to maintain the high level and high quality standard for these upcoming projects,” said Chen Yu, deputy secretary of the municipal party committee of Guiyang.

This production line is amongst the crucial projects of Guiyang city along with the company. Hanergy has set up this project within the time frame of approx. 2 years beginning from October 2017 when the project was initially signed.

Speaking on the plant inauguration, Hanergy Mobile Energy Holding Group, Chairman, Li Hejun said, “At Hanergy, we express our gratitude to city government for their constant support and assistance to the development of Hanergy, which will further cooperate with Guiyang city to fully promote the projects and contribute to the local economy.”

Meanwhile, this automatic production line has been built in U-shape with a curved transparent tempered glass which is exactly of the same size of the thin film solar chip, which can export the generated current after connected.