Home » News » Half European Union Houses can Contribute to RE Production by 2050: Report

Half European Union Houses can Contribute to RE Production by 2050: Report

About half of European Union households could contribute to produce renewable energy, with off grid communities contributing 37% of this number. 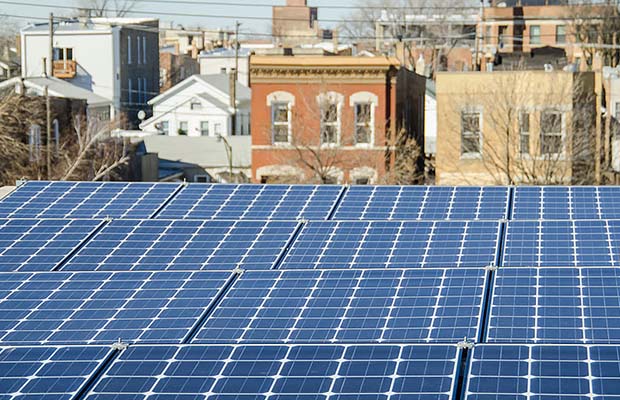 With a considerable share in global photovoltaic (PV) and wind power equipment market, European Union (EU) has been working towards inclusion of its households in a bid to switch energy sources.

According to a report by independent research and consultancy organization, CE Delft, about half of EU households could contribute to produce renewable energy, with off grid communities contributing 37% of this number.

This would account for a considerable number of small power generating units with decentralized systems and would operate independently of the main grid and offer greater stability and independence than traditional offsite power stations, giving consumers agency over their own energy needs in the process.

Exemplifying the household stated system is the four Smart Integrated Decentralised Energy (SIDE) system projects have been set up in Amsterdam, namely the Aardehuizen, De Ceuvel, Schoonchip and Republica Papaverweg.

Microgrids are used at each site to connect the town to a localized energy network, while renewable technology such as rooftop solar panels, heat pumps and storage batteries are used to generate electricity, which is then shared between households.

Similarly, the Brooklyn micro grid in New York ensembles similar principal of small power stations and then connecting them to the bigger grids to transmit surplus power generated.

Tags: EU, International, Renewable Energy
"Want to be featured here or have news to share? Write to info[at]saurenergy.com