The society will save more than 20 lakh per annum on electricity expenditure with the installation of the solar power plant, at least for the next 25 years. 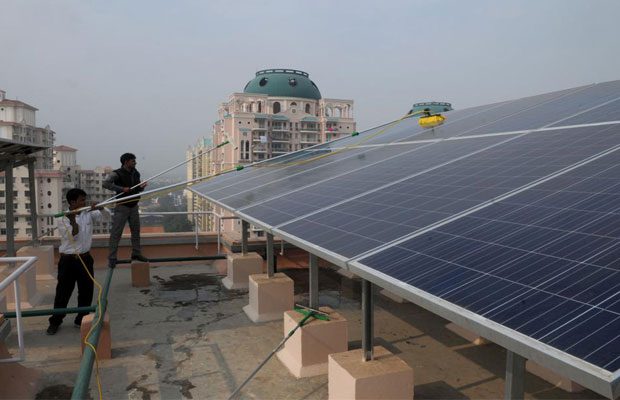 The society will save more than 20 lakh per annum on common area electricity expenditure with the installation of the solar plant, at least for the next 25 years. The society had already switched all its common area lighting to LEDs, much before this installation, said a RWA member.

According to the DHBVN officials, the execution will be more advantageous during peak summer, as the city’s electricity demand averages around 1300 MW per day and there is shortage of 350 MW.

Vineet Bagga, president, RWA, said, “It took four months to get the plant installed, we had been working towards it for a long time. We wanted to invest in a project which would give us maximum output for longer period.”

The project has been financed by internal savings and accumulated reserves, without any additional contributions from residents or funding from any financial institution. Haryana Renewable Energy Development Agency (HAREDA), the state nodal agency has approved the project for government subsidy to implement MNRE-sponsored renewable energy initiatives.

Ajay Jain, secretary, RWA, Wellington Estate, said, “Now the entire common area is connected to solar plant. Earlier, our monthly electricity bill used to be approximately around 4 lakh a month, but now it will be reduce to 25-30%. The plant will be help us save money.”