The police station is the first to get the silver rating green building status in the country. 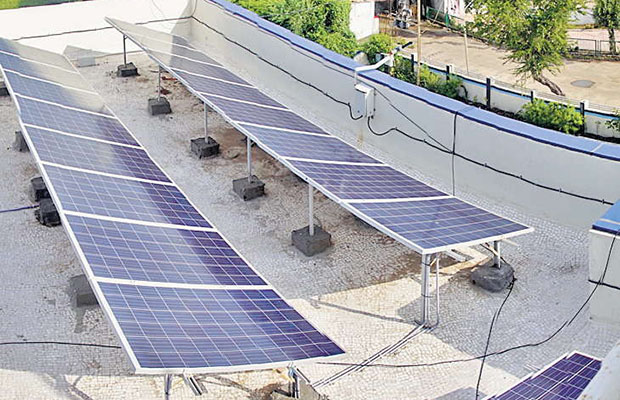 The police station is the first to get the silver rating green building status in the country.

DCP (administration), Manish Singh said, “The government and many other organizations have been talking about climate change and the need to conserve energy. Police station is one of the most important buildings in the city as it is visited by thousands of people. But it is often neglected. So I thought of revamping Harni police station and making it eco-friendly.”

Further, DCP has sought visits from the IGBC and certification criterion in December last year.

“After I got the guidelines, we began working on it since January this year. The idea was to consume less energy at the police station and devise eco-friendly ways to run the building,” Singh told TOI.

Moreover, efficient disposal of waste generated at the station premises, solar panel installations to cut on the electricity bills and reducing water wastage by adopting rain water harvesting and water meters are some of the measures initiated by DCP Singh to get the station ‘green certified’.

“If you walk into this police station, the temperature will vary by two to three degrees less compared to outside weather,” Singh said.

“We are saving anywhere between 20 to 25 per cent on energy bill that was being earlier generated. The police station has undergone a makeover and it is very important for our image. We chose Harni police station as the airport comes under its jurisdiction and if any passenger has any complaint then this police station is his or her first interface with the cops,” Singh added.

The police station secured 61 points out of 78 which included various categories for the green certification. IGBC certifies silver rating for buildings scoring 60-69 points.