Home » News » Gujarat Tops in Rooftop Solar; Gets Highest Ever Registrations for Residential Sector in 4 Months

Gujarat Tops in Rooftop Solar; Gets Highest Ever Registrations for Residential Sector in 4 Months

Adding another feather in its cap, Gujarat has received highest ever applications for the installation of residential rooftop solar systems during the past four to five months period, as confirmed by the sources. 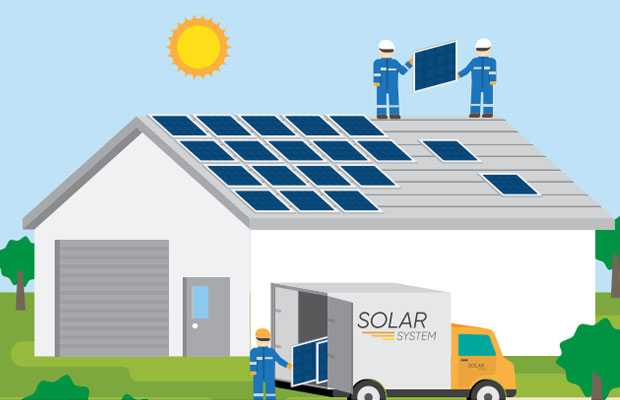 Till date, it has received applications for an aggregate capacity of over 441 MW for residential rooftop solar installations.

A spokesperson from the state-owned agency said that “this is the highest ever registrations done in the last four months in Gujarat.”

He further added that “after seeing the significant response for residential rooftop solar scheme, we have, now, further extended the date for submitting the application till March 15, 2020.”

Now, it is expected that GUVNL will receive application requests for an aggregate 500 MW of capacity till the closure of the program.

For the next financial year also, the state-owned organization is planning to bring a new scheme in which it is expected to add approx. 600 MW of additional capacities in the residential rooftop solar segment.

Moreover, GUVNL is also planning that in the near future, a consumer can apply directly from its sub-divisional offices for the installation of a rooftop solar system and the information will be uploaded directly by the office. Currently, rooftop solar installers are applying on the portal on behalf of the consumer, as confirmed by the person aware of the matter.

As of now, a total of 459 rooftop solar installer companies have been empanelled which can apply for the scheme in Gujarat on behalf of the consumer.

Notably, Gujarat state remained on the top in the list with 430.24 MW of capacity installed, as on January 31, 2020, for rooftop solar. While Karnataka and Rajasthan states grabbed the second and third positions with 232.77 MW and 224 MW of installed capacities respectively for rooftop solar space.

On talking about the reason behind such a massive rooftop solar installation in Gujarat as compared to other states, the spokesperson said that “people in Gujarat are more aware.. and we have done so many outreach programs to make people aware. We have used various mediums to provide information to the people such as – videos, cinemas, TV news channels, print & electronics media, government offices, meetings in town halls etc.”

“We have done a lot of groundwork through which people are now becoming more and more educated about this. We have also put detailed guidelines on our portals as well,” he added.

Besides, GUVNL has also launched an initiative in which consumer can only give a missed call on the number ‘7666449911’ and he will get the complete information about the installation of the rooftop solar system.

In order to ramp up the installation of solar energy and to achieve India’s 40 GW target from Rooftop Solar (RTS) projects by 2022, the government launched ‘Grid Connected Rooftop Solar Programme Phase-II’.

The government has been implementing this program with a total central financial support of Rs 11,814 crore.

The scheme has 2 Components i.e. Component A and Component B.

i). Component A is for the setting up of 4 GW grid-connected rooftop solar plants in the residential sector with Central Financial Assistance (CFA).

Under the programme, the Central Financial Assistance (CFA) for the residential sector has been restructured with the availability of 40 percent CFA for RTS systems up to 3 kW capacity and 20 percent for beyond 3 kW and up to 10 kW.

For Group Housing Societies/Residential Welfare Associations (GHS/RAW), CFA will be limited to 20 percent for RTS plants for supplying power to common facilities. However, the capacity eligible for CFA for GHS/RAW will be limited to 10 kW per house with maximum total capacity up to 500 kWp, inclusive of RTS put in individual houses in GHS/RWA.

ii). Component B is for Incentives to Discoms (power distribution companies) based on the achievement of installing additional grid-connected rooftop capacity in all sectors over and above the base level, with the incentives being limited to the first additional 18 GW of rooftop capacity added in India. However, the achievements above this level will not be eligible for any incentive.

Through this programme, the government wants to increase the involvement of Discoms. So, performance-based incentives will be provided to Discoms based on their RTS capacity achieved in a financial year (FY), starting from 1st April to 31st March every year till the duration of the scheme, over and above the base capacity i.e. cumulative capacity achieved at the end of previous FY.