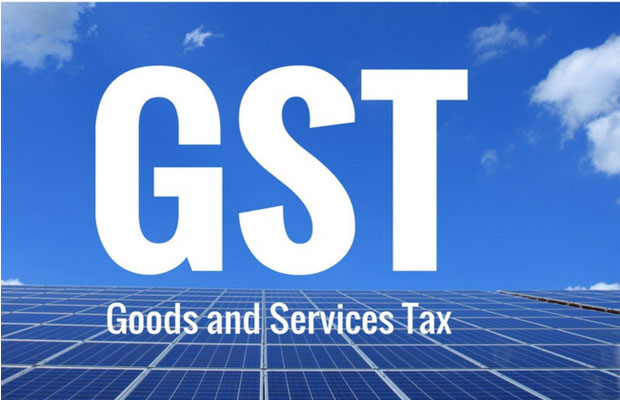 The Goods and Services Tax (GST) has led to 10-12 percent rise in overall cost of solar projects, the All India Solar Industries Association has said, while petitioning the government against the rise in tax incidence on solar power equipment under the new regime.

This will, in turn, result in increase in the cost of power, AISIA general secretary Gyanesh Chaudhary said in letters to Revenue Secretary and other senior government officials.

While solar power generating systems are charged 5 percent tax, procurement and supply of equipment like module mounting structures, inverters, trackers, transformers and cables are being charged the GST at varying rates.

The equipments are charged GST as applicable on individual items rather than treating them as a part of solar power generating system, Chaudhary wrote. The association said solar module were exempt from all duties in the pre-GST regime but since July 1 they are being charged 5 per cent Goods and Services Tax (GST).

Inverters, cables and transformers were levied by 2 percent central sales tax and excise was exempt but post GST they are charged 5-8 percent tax. Similarly, the tax incidence on services and civil work has risen to 18 percent from 15 percent and 6 percent respectively previously.

“Currently, the power developers cannot avail the benefit of GST for the electricity produced leading to a detrimental effect towards achieving the 100 GW target of National Solar Mission,” he wrote.

Under the current GST regime, “solar power cost will see upward escalation”, the association said, while urging the government to remove the ambiguity.

It suggested re-introduction of MNRE-certification or self-certification supported by an undertaking that such equipment is required for the setting up of a solar power generating system.

“We strongly feel that an urgent intervention is required in order to keep the cost of solar power low and incentivise renewable energy deployment,” Chaudhary said.