The energy produced over the lifetime of typical rooftop solar panels more than makes up for the energy it takes to make, mount and then eventually recycle them. But adding a home battery usually lowers those dividends, according to new research from Stanford University. 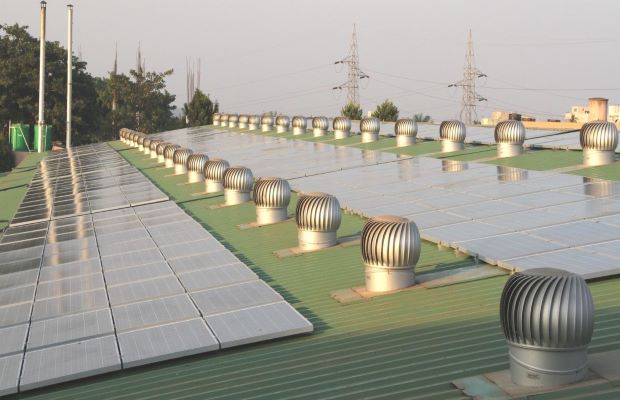 A new study published by the Royal Society of Chemistry’s Sustainable Energy & Fuels examined the output from a typical rooftop system installed in five diverse American states. It found that the energy payout ratio ranges from a low of 14 in Alaska to a high of 27 in sunny Arizona – but only when homeowners are able to send surplus power to the grid.

However, when homeowners install a battery and charge it with excess electricity before sending leftovers to the grid, the energy return on investment for the entire system is 21 percent less than solar panels alone, researchers Simon Davidsson Kurland and Sally M. Benson found. When homeowners have no battery and no grid outlet, extra electricity is just wasted. Then, the system’s return on invested energy falls to seven in Alaska and a high of 14 in Florida – on par with earlier studies. Because homeowners in that scenario need to purchase electricity during the evening, adding a standard lithium-ion home battery improves the energy payback.

“The overall high returns show the energy benefits of photovoltaics across a wide range of U.S. geographical regions and, presumably, elsewhere,” said Benson, co-director of Stanford’s Precourt Institute for Energy and professor of energy resources engineering. “But they also demonstrate that if a state encourages homeowners to invest in rooftop systems to reach clean energy goals, then letting excess power flow to the grid makes the most of those investments.”

The much-studied metric “energy return on investment” helps assess policies that cannot be measured purely in economic terms, like achieving environmental goals. For now, photovoltaic panels are made using energy mostly from fossil fuels, so a 14- to 27-times payoff in renewable electricity buttresses policies that support solar power.

However, there is hope for home batteries yet, Davidsson Kurland and Benson found. When selling to the grid is not an option, home batteries would hypothetically improve the return on the home system by 12 to 42 percent in the five states examined. The current study acknowledges the dilemma. “As rooftop solar and large, photovoltaic power stations grow, electricity grids will not be able to accept more afternoon power, unless new uses of cheap afternoon electrons grow,” Benson said. The study also highlights the need for new research and development to improve the energy inputs, round-trip efficiency and life expectancy of batteries.