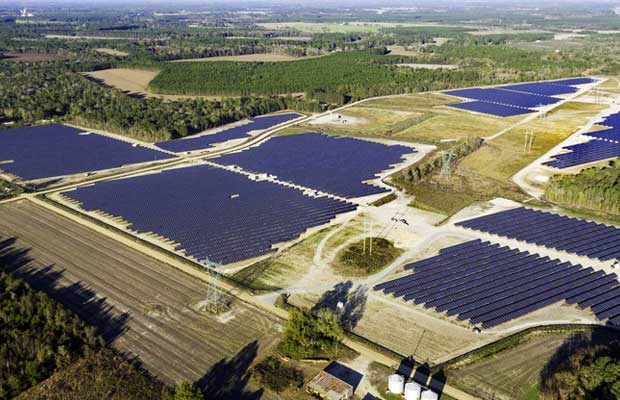 Green Power EMC and Silicon Ranch have announced a landmark agreement to bring an additional 200 megawatts (MWAC) of solar energy online by the year 2020. The total capacity will be distributed across four locations in southern Georgia and will provide enough low-cost, renewable power to help serve more than 35,000 EMC households annually.

The four solar projects will be developed, funded, and built by Silicon Ranch, which will also own, operate, and maintain the arrays throughout the lifecycle of each facility. Green Power EMC will purchase all the energy and environmental attributes generated by the facilities on behalf of its member EMCs.

The 200MWAC portfolio expands the strategic partnership between Green Power EMC and Silicon Ranch. The pair commissioned a 20MWAC solar plant in Jeff Davis County, Ga. near Hazlehurst in 2015 and recently dedicated a 52MWAC plant, also near Hazlehurst. According to Green Power EMC President Jeff Pratt, more than 30 EMCs share in the output generated by the two facilities. Pratt says the additional capacity will further enable the EMCs to supply low-cost solar energy to a growing number of the 4.1 million Georgia residents they serve.

“The Georgia EMCs deserve enormous credit for their vision to provide competitively-priced, renewable power to their members,” said Pratt. “Continued improvements in solar cost and technology will help our EMCs meet their members’ interest in solar energy and maintain competitive energy costs.  We are proud to partner again with Silicon Ranch to provide solar energy to them at such an affordable cost.”

Silicon Ranch President and CEO Matt Kisber said, “Green Power EMC has developed a procurement strategy that allows its member co-ops to capture tremendous value. By banding together, they are able to leverage economies of scale, resulting in an extremely low cost of energy for their members. Green Power EMC and its member co-ops have established the model that has made Georgia the fastest-growing solar state in America, and it’s a model that other states will no doubt follow in the years to come.“

Established by Georgia’s EMCs in 2001, Green Power EMC was the first green energy provider in the state. Working with and on behalf of its member cooperatives, Green Power EMC has already placed the Georgia EMCs first in the nation among co-ops for installed capacity, a position dramatically enhanced by the additional portfolio with Silicon Ranch. In recognition of its comprehensive solar strategy, Green Power EMC was named the 2016 Electric Cooperative Utility of the Year by the Smart Electric Power Alliance (SEPA) during a ceremony at the Solar Power International conference in Las Vegas last September.