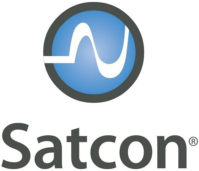 The Equinox inverter platform comes with industrial-grade engineering and a rugged design with advanced utility-ready features. With Ampt Mode Equinox inverters operate in a narrow input voltage range that is closer to the maximum system voltage to increase the inverter’s rated output power. The Equinox 750kW inverter with Ampt Mode has a rated output power that is 50 percent higher than the same inverter operating in standard mode.

“Our customers can achieve unprecedented value by using Ampt String Optimizers to take advantage of the built-in capabilities of the Equinox inverter platform,” said YC Yu, vice president of operations and international sales at GreatWall Energy. “In addition to our compatible technologies being a natural fit, the immediate and significant customer demand from multiple continents made offering this solution with Ampt a logical step in serving the global PV market.“

GreatWall also has joined the HDPV Alliance, an industry-wide initiative focused on lowering the cost and increasing the performance of PV solar systems.

Mark Kanjorski, director of marketing for Ampt and HDPV Alliance chair said “GreatWall’s leadership in the Asia-Pacific market as well as their global resources and capabilities make them a strong addition to the HDPV Alliance,” he added “we’ve already collaborated on large-scale solar projects and have tens of megawatts of Ampt String Optimizers deployed in the field with Satcon inverters.”

The Satcon Equinox 750kW inverter with Ampt Mode is immediately available for order.