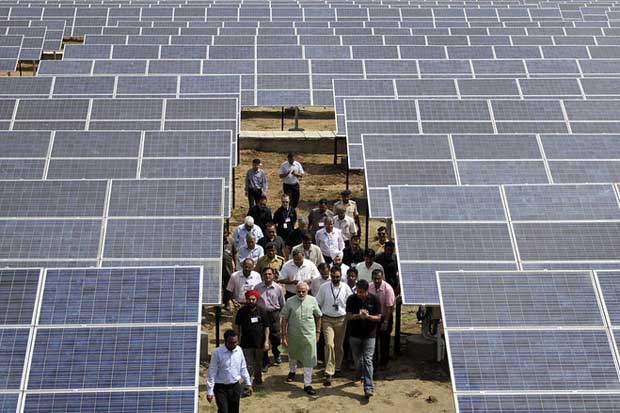 Eyeing the indigenous growing solar reputation, the government is aiming to extend the solar power generation capacity to 48GW by early 2019, giving an early deed to the promising 100 GW National Solar Mission chalked by 2022.

The ministry has aimed at adding 12GW capacity from the renewable source in the current fiscal and further plans to add 15GW and 16GW in 2017-18 and 2018-19 respectively.

Government estimated a total investment of around Rs 6 lakh crore to achieve the target of 100 GW. Solar power projects are being installed by both, private and public sector companies.

Banks and Financial Institutions have given green commitments to finance up to 78,850 MW. Financial institutions in India are also providing loans to this sector based on their prudential lending norms. Last June, the Centre had raised 5-fold the solar power generation capacity to 100 GW by 2022.

However, industry experts doubt the government’s ambitious target in view of solar power tariff falling to as low as Rs 4.34 per unit and some developers facing difficulties in implementing projects.

The target for adding solar power generation capacity was 2 GW for the previous fiscal which ended upto a capacity of 5,775.57MW as on March 7, 2016.

It is also said that more than half of the 52GW grid connected solar power generation capacity addition target will be achieved in last three financial years, with 2021-22 as terminal year under the National Solar Mission.

Though, reports also clarify that some developers are expressing disappointment from the swelling debt and cogitating to sell their projects.