The government has set a target to supply solar energy to about 40 lakh farmers for about 12 hours every day. 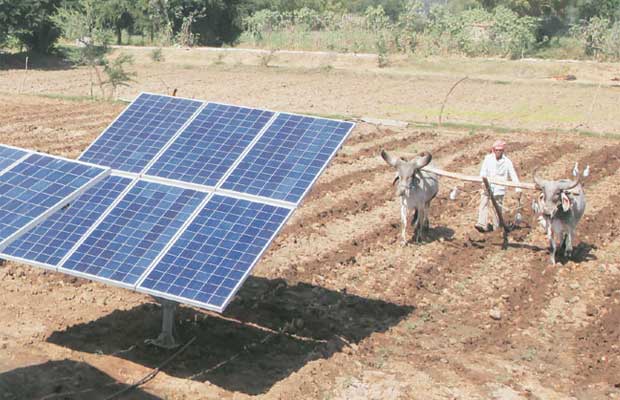 Maharashtra energy minister Chandrashekhar Bawankule has announced an ambitious plan to use solar energy not only for farmers but also schools. The government has set a target to supply solar energy to about 40 lakh farmers for about 12 hours every day.

The Minister announced the plan while replying to discussions under Rule 293 in the assembly and also announced 2.18 lakh new connections to farmers.

The minister, however, pointed out a whopping Rs30,000 crore liability on MSEDCL, including Rs10,400 crore in Marathwada, Rs4,907 in Vidarbha, and Rs2,397 in Konkan. “However, we’re not adopting forceful recovery of fines used by MSEDCL chairman Ajoy Mehta when Dada (Ajit Pawar) was looking after power portfolio. We organized camps of one-and-a-half months duration in villages, where farmers were apprised of benefits of paying regular bills. We provided them opportunity to point out deficiencies in bills and rectified them.”

Bawankule chided then Congress-NCP government for failure to bring innovation in MSEDCL during their 15 year tenure that led to losses. “We need Rs30,000 crore to renovate all the MSEDCL power plants, which would reduce mishaps significantly. In three years, we’ve streamlined the system and now reached the capacity to generate 13,602MW power,” he said.

“With new projects in the pipeline, we would soon reach 27,096MW. To provide round the clock power to farmers in state, massive investment would be needed,” Bawankule added.

While holding responsible the then Democratic Front government for failure of Mihan project, the minister said they were providing costly power to industries at Rs14/unit, due to which companies were not keen to set up plants in Nagpur.

“It was only due to the efforts by chief minister Devendra Fadnavis that the BJP-led government has started supplying power at Rs4.30/unit, which is helping the mega project to finally take off after 15 years. This rate is probably the cheapest in Central India, with even Chhattisgarh selling power at Rs5.50/unit and Madhya Pradesh at Rs6/unit,” the minister said.

Explaining the BJP-Sena government’s move to offer huge subsidies to farmers, he said they granted Rs6,635 crore subsidy, of which highest was given to Western Maharashtra at Rs3,500 crore, followed by Marathwada at Rs1,410 crore, Vidarbha at Rs1,181 crore, and Konkan at Rs643 crore. “Unlike you, we don’t discriminate between the regions,” he lashed out at the opposition benches.

Stressing on use of solar power, Bawankule said they had already implemented a pilot project where farmers were being provided solar power for 12 hours for 327 days.

“The funds are being allocated under the ‘Mukhyamantri Krishi Sanjivani Yojana’. It’s impossible to provide 12 hours of power completely on the basis of thermal projects. We encouraged farmers to take barren land on rent to install solar panels. The pilot project is being implemented at Ralegaon-Siddhi. The planning commission had lauded our scheme,” he said.