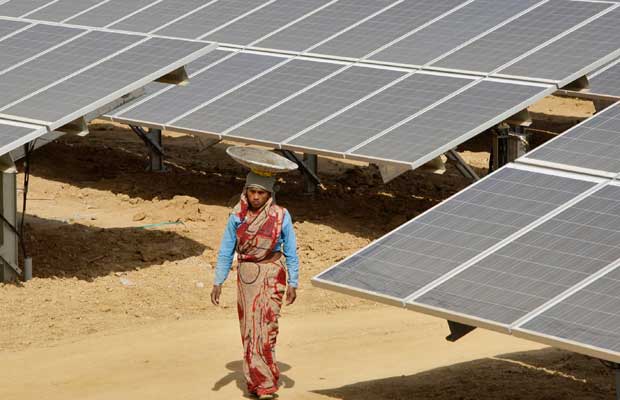 Centre is gearing up to double the clean energy generation from solar parks to 40,000 MW in the backdrop of slow offtake of rooftop solar and problems being faced by some project developers.

PTI citing a senior government official reports that the Ministry of New & Renewable Energy is eager to set up solar park projects with a cumulative capacity of 20,000 MW, beside the already launched such programme of 20,000 MW in 2014.

The Ministry of New & Renewable Energy on December 12, 2014 rolled out scheme for ‘Development of Solar Parks and Ultra Mega Solar Power Projects’. The scheme has been implemented on the lines of ‘Charanka Solar Park’ in Gujarat which is a first-of-its-kind large scale solar park in the country with contiguous developed land and transmission connectivity.

The scheme envisages supporting the states in setting up solar parks at various locations in the country with a view to create required infrastructure for setting up of solar power projects reports PTI. This scheme is expected to help and speed up installation of grid connected solar projects for generation of power on a large scale.