In April, ReNew Power Ventures had announced doubling its power generation capacity in a year’s time, which crossed 2 GW. 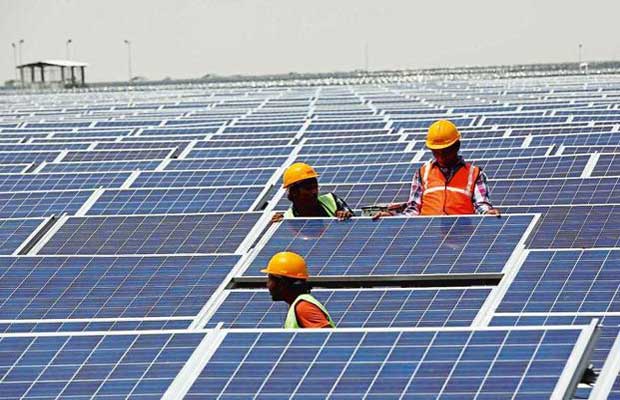 ReNew Power Ventures targets to double its generation capacity to 5 GW in the next two years, a top company official said.

The company has planned to add 1 GW capacity this fiscal, ReNew Power Venture Chairman and CEO Sumant Sinha told . It has installed generation capacity of 2.4 GW, at present.

“We are aiming at 5 GW power generation capacity in the next two years time. We have planned to add 1 GW during this fiscal,” Sinha said.

“We have sufficient funds to meet our expansion requirement during the current fiscal,” Sinha said. An estimated investment of Rs 10,000 crore would be required to double the capacity to 5 GW.

In April, ReNew Power Ventures had announced doubling its power generation capacity in a year’s time, which crossed 2 GW.

Asked about reasonable solar power tariff in current scenario as solar module prices have started inching upwards, Sinha opined that it should be Rs 2.75 per unit.

Earlier this year in May, solar power tariff had dropped to all-time low of Rs 2.44 per unit in the auction conducted for Bhadla solar park.

At that time, industry experts have said that lower borrowing cost and solar equipment prices have pulled down the tariff to historic low of Rs 2.44 per unit.

Similarly, the wind power tariff also plunged to Rs 3.46 per unit in an auction for 1GW capacity conducted by the Solar Energy Corporation of India (SECI).

SECI is in the process of putting 3 GW wind capacities on the block for auction. The SECI is waiting for Central Electricity Regulatory Commission’s clarification on the inter-state connectivity trading. In the absence of evacuation facility of power from these projects, the developers are hesitant to go ahead.

Madhya Pradesh’s attempts to scrap the agreement with ReNew Power over the 51 megawatts (MW) project, citing land acquisition delays, were thrown out by a state court. But now the discom has now appealed to the country’s highest court, potentially setting up a prolonged legal battle.