Global building-integrated photovoltaics (BIPV) market to grow at a CAGR of almost 10%: Technavio 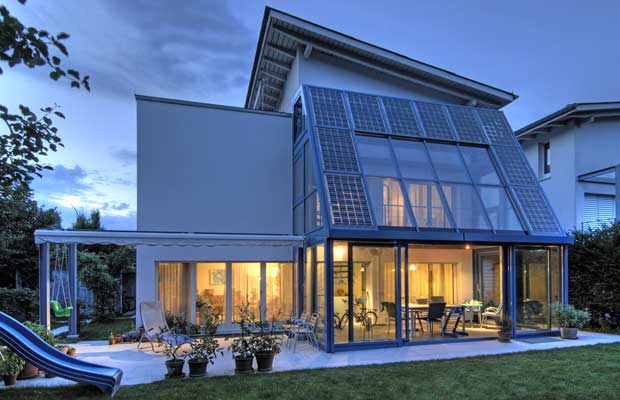 Technavio in its latest market study predicts the global building-integrated photovoltaics (BIPV) market to grow at a CAGR of almost 10% during 2017-2021.

The research report titled ‘Global Building-integrated Photovoltaics Market 2017-2021’ identifies need to reduce energy cost is one of the key drivers responsible for the growth of the global BIPV market. According to the report the most energy-intensive end-user segments are commercial buildings, healthcare facilities, and manufacturing plants. These require round-the-clock maintenance and utilize high amounts of energy. BIPV solutions are adopted extensively in these areas to bring down the energy requirements.

The report states that growing requirement for energy certifications, hike in infrastructure spending, and increasing solar energy consumption and installation are the other important drivers responsible for the growth of the market. Due to these factors, the global BIPV market is forecast to be valued at USD 1.14 billion by 2021, growing at a CAGR of almost 10%.

This market research and analysis estimate that in terms of geographical regions, EMEA was the major revenue contributor to the building integrated PV market during 2016. This mainly attributed to the increased investments in several countries in the region, especially Germany. The rise in demand for BIPV installations from the power utilities and residential sector, which are the major end-users in this region will fuel market growth in the coming years. Additionally, the introduction of favorable policies towards the installation of photovoltaic systems by the governments of several countries such as Belgium, Denmark, Greece, and the UK will also drive the market’s growth prospects during the predicted period says the research firm.

According Technavio the market is mainly dominated by the local or regional vendors in the developing and underdeveloped countries. This is said to increase the level of competition among the vendors. Brand recognition, type of panel, capacity, energy efficiency, performance, and product pricing are some of the major factors that vendors usually compete on. Analysts predict that the well-established companies will have a competitive edge over the other market players since they can offer a wide range of photovoltaic panels at competitive prices.

Owing to the constantly increasing demand for energy efficiency in commercial buildings, the commercial segment accounted for the major shares and dominated the integrated photovoltaics market during 2016. Initiatives from the governments of several countries that focus on the adoption of energy management systems and BIPV technologies to improve the overall efficiency of commercial buildings will propel the growth prospects for this market segment says the firm.

The market study estimates the crystalline panel segment to dominate the BIPV systems market throughout the next four years. Benefits such as high module efficiency and output, reduced production costs, stable energy supply, and low disposal cost, will increase the number of investors installing crystalline panels at their BIPV plants in the coming years.