Ginlong Solis is a photovoltaic enterprise dedicated to the research, development, manufacturing, production and sales of series photovoltaic inverters，meanwhile it is also one of the string inverter enterprises with a long history in the world. 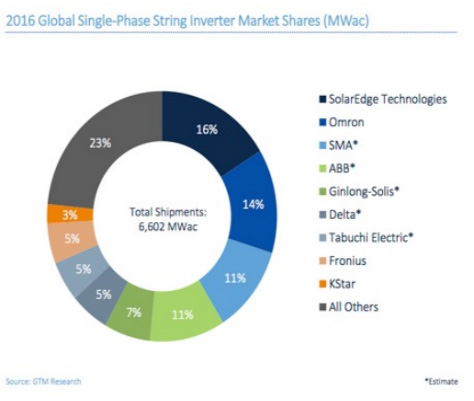 According to GTM 2016 annual report showed that Ginlong Solis awarded “Top 5 global single-phase string inverter”, accounted for 7% of global market share, whose products are sold to more than 60 countries around the world, awarded the title of “the world’s top inverter brand” by the European research institutions EUPD for three consecutive years , obtained the general customers trust and support.

Due to the Chinese new policy which was released on 31th, May 2018,  newly installed capacity of the domestic photovoltaic industry has been lowered than expected, but Ginlong (Solis) will continue to adhere to the principle, and take the attitude of “integrity first, quality-oriented, scientific management, continuous innovation” to persevere and march forward, hoping to let more people fall in love with the inverters which “made in China”