Grassroot Trading Network for Women, a SEWA entity, also received a go-ahead from the government to set up a solar power project of the same capacity. 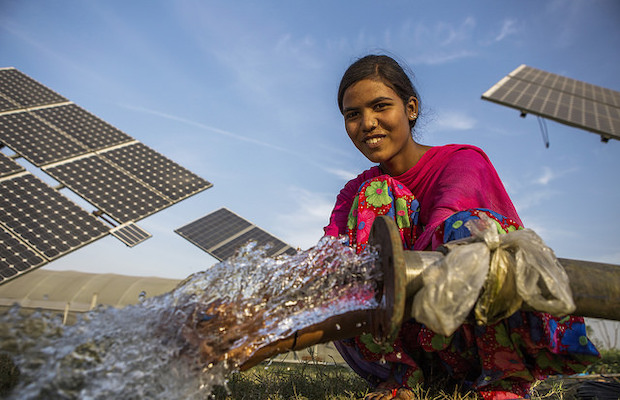 The Gujarat Electricity Regulatory Commission (GERC) has approved the sale of solar power to the Gujarat Urja Vikas Nigam Ltd. (GUVNL) by the salt pan workers of Self Employed Women Association (SEWA).

The order was issued after deliberating on the petition filed by the GUVNL for procuring power from the salt pan workers of Kutch desert during their off-season. As many as 3,000 salt pan workers use solar-powered pumps to draw saline water for salt production. The cumulative capacity of the solar panels used by the workers is around 2.7 MW and are only utilised (at a remote location) between October-April.

The panels remain idle during the off-season and thus the petitioners had requested the State Government to devise a suitable mechanism for the purchase of power generated from these Solar Panels during the period in order to optimally utilise the Solar Panels of the Workers for their socio-economic upliftment.

“We approve the proposed arrangement of the petitioner (GUVNL) for procurement of solar power generated from 2.7 MW solar power project of SMBVM during off-season period at average power purchase cost (APPC) of GUVNL applicable for the year of commissioning of the project,” the GERC order said.

Subsequently, Grassroot Trading Network for Women (GTNfW), a SEWA entity, also received a go-ahead from the government to set up a solar power project of the same capacity.

GTNfW had undertaken a pilot project four years back to reduce the cost of salt production of the salt pan workers wherein solar panels were used to run the salt water pumps to replace costly diesel-based generation. The pilot project was successful and as a result, over a period of four years, 1100 Solar Salt Water Pumps have been installed.

The Solar Panels are procured by the salt pan workers on low-interest loans from the banks and they have to repay their debts to banks regularly.