Farmers in Maharashtra to Apply for Solar Pumps Online

The MSEDCL has already asked its staff to collect maximum numbers of applications before January 31. 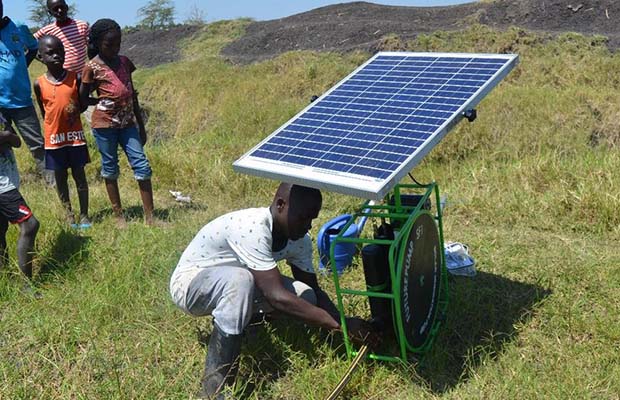 The state government of Maharashtra has discontinued providing solar-powered agriculture pumps to farmers through the district level committee and has instead asked applicants/farmers to register online on the MSEDCL website.

“As per the government decision, the district-level committee, headed by the district collector, has now been relieved of the responsibility of selecting the beneficiaries for the distribution of solar pumps. The work has now been allocated to the superintendent engineer,” Chief Engineer, Nashik, MSEDCL, BK Janvir said.

The state government has plans to provide all the farmers with solar-powered pumps, 3 HP pump set for farmland less than 5 acre and 5HP pump set for bigger farms, which have enough power to lift water for use on a farm.

“A farmer has to pay only 10 percent of the estimated cost of the pump and the MSEDCL will install the same through its authorised contractor,” Superintendent Engineer, Nashik, Praveen Daroli said.

“The primary condition to be eligible for the scheme is that the applicant should not have any kind of conventional power connectivity previously. Besides, the source of the water should belong to the applicant. When these conditions are fulfilled, the SE will sanction the connection. The consumer can choose the approved contractor for the job. Once approved, the MSEDCL is responsible for ensuring that the connection is set up within a fortnight,” Sandeep Darwade, Malegaon SE, said.

The applications have been sought via the website. The MSEDCL has already asked its staff to collect maximum numbers of applications before January 31.

Tags: Farmers in Maharashtra to Apply for Solar Pumps Online, India, Maharashtra, MSEDCL, Solar Energy, solar pump
"Want to be featured here or have news to share? Write to info[at]saurenergy.com