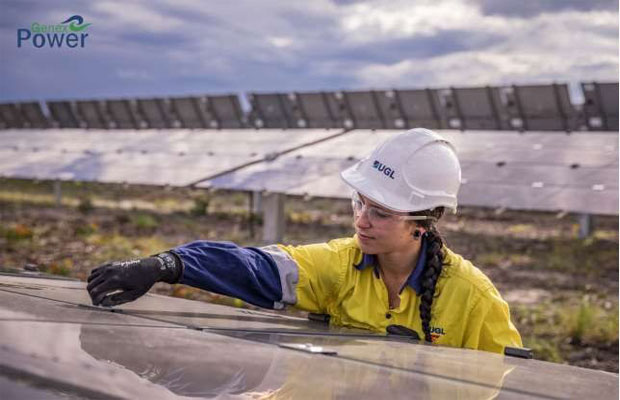 Genex Power Limited has announced the appointment of UGL as EPC in relation to the development of the 270MW Kidston Stage 2 Solar project (K2-Solar) at Kidston, North Queensland. The K2-Solar power project is part of the overall Kidston Stage 2 (K2) project, which includes a co-located 250MW hydro pumped storage project (K2-Hydro).

Following engagement with a number of leading EPC contractors, Genex has appointed UGL as its preferred Engineering, Procurement and Construction (EPC) Contractor for the K2-Solar project. UGL is a wholly-owned subsidiary of Australian publicly listed company CIMIC Group Limited, which is a world-leading infrastructure, mining, services and public private partnerships group. UGL was also engaged by Genex as EPC contractor for the 50MW Kidston Solar One project (KS1), which commenced generation on schedule and within budget earlier this month (refer ASX announcement 4 December 2017).

As part of an Early Contractor Involvement (ECI) process, Genex will work with UGL to finalise an EPC contract that reflects the most cost-effective and time-efficient solution, taking account of the extensive learnings gained during the construction of KS1. The ECI process for K2-Solar aligns with the procedure currently underway for the K2-Hydro project (refer ASX announcement 23 October 2017).

Genex intends that the combined Kidston Stage 2 project will be the subject of a single project financing, with individual EPC contracts for K2-Solar and K2-Hydro designed to take advantage of the specialist expertise and experience that each party can offer individually.

Commenting on UGL’s appointment, Genex Managing Director Michael Addison stated, “UGL has been selected as preferred EPC contractor for K2-Solar based on its strong delivery performance for KS1, which commenced generation on schedule and within budget earlier this month. Since the appointment of UGL as EPC Contractor for KS1 in December 2016, UGL has expanded its project portfolio in Australia to become one of the leading contractors for large-scale solar projects. We will work closely with UGL over the coming weeks to finalize an EPC contract that will allow K2- Solar to be built within our proposed budget and timeframe, replicating the successful KS1 partnership”.