GE Renewable Energy has been selected to provide 27 Cypress units for the 138 MW Saros project in Turkey. 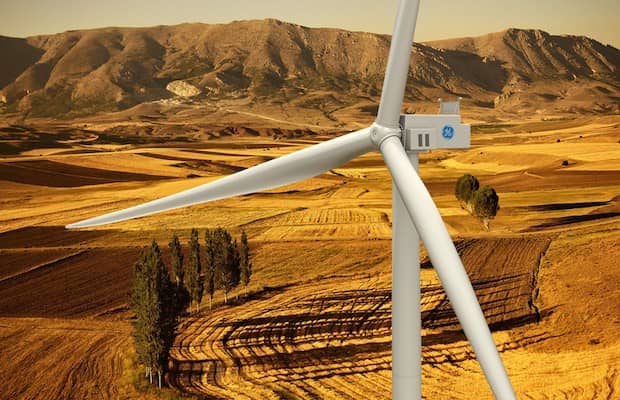 GE Renewable Energy announced today that it has been selected by Borusan EnBW Enerji to provide 27 Cypress units for the 138 MW Saros project in Turkey.

The Saros project upon completion is expected to generate power the equivalent of running 190,000 homes in the country. Borusan will operate the Cypress turbines at 5 X MW, with a rotor diameter of 158m. GE will enter into a Full-Service Agreement for a period of 10 years.

This is the first order in Turkey for GE’s Cypress platform, the company’s largest onshore wind turbine in the field, and one of GE’s largest wind farms in Turkey.

The Cypress’ revolutionary two-pieces blade will be produced by GE’s wind turbine blade manufacturer, LM Wind Power at its site in Bergama, Izmir, Turkey. The company recently decided to invest another $30 million by the end of 2019 to expand its facility and recruit 300 new employees. Towers for the wind turbines will also be produced in Turkey.

Mehmet Acarla, General Manager Borusan EnBW Enerji, said, “We are determined to realize our vision of harnessing the renewable energy resources of our country and becoming the industry leader in wind energy. Our Saros WPP project is an expression of this commitment. Saros WPP, which we will be investing a total of 190 million USD, will have an installed capacity of 138 MW and an annual production of 530 GWh. The energy demand of 190,000 households will be met and 297,000 tons of carbon emissions will be prevented. We are happy and proud to bring such a facility to our country.”

Cypress enables significant Annual Energy Production improvements, increased efficiency in serviceability, improved logistics and siting potential, and ultimately more value for customers. The two-piece blade design enables blades to be manufactured at even longer lengths and improving logistics to drive costs down and offer more siting options, in locations that were previously inaccessible.

Recently, the company has also announced that it will provide 81 onshore wind turbines to power the 220 MW Potegowo Wind Project in Slupsk County, Northern Poland.