GameChange Solar has announced that it has received orders for more than 200 MW of Genius Tracker systems in South America. 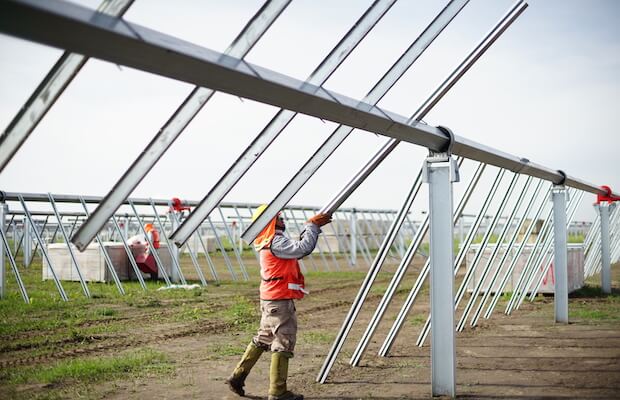 GameChange Solar has announced that it has received orders for more than 200 MW of Genius Tracker systems in South America. The first system has started shipping this month. The firms’ experienced field service local support teams enable successful and rapid completion of large utility-scale power plant construction and commissioning globally.

Arturo Herrero, Chief Business Development Officer at GameChange Solar, said that “we are excited to have been selected for these important projects in the LATAM market. As the global quality leader for single-axis trackers, we anticipate continued significant growth into leading markets worldwide. These projects push us over 3 GW of orders received in 2019.”

In June, we had reported that NEXTracker, a Flex company, had announced its latest industry milestone, with 20 gigawatts (GW) of its smart solar trackers delivered and under active fulfilment globally. The firm was named the No.1 supplier of photovoltaic (PV)  tracker systems globally in 2018, a title it has held for four consecutive years, according to research and consultancy firms IHS Markit and Wood McKenzie Power and Renewables.

According to IHS Markit, global shipments of single-axis solar trackers increased by over 40 percent in 2018 and surpassed 20 GW globally for the first time. This is compared to only 4 GW of global installations in 2013, of which 11 percent were tracker deployments in that year (with fixed-tilt installations accounting for the remaining 89 percent).

In August, we reported that Soltec, a  leading manufacturer and supplier of single-axis solar trackers, will be supplying and installing its SF7 Bifacial trackers at a 220 MW project that the Enel Group’s renewable company Enel Green Power is building in Tlaxcala, Mexico. The power plant occupies 439 hectares and the installation includes 6,533 Soltec SF7 Bifacial solar trackers and 548,772 bifacial modules and will be able to generate around 600 GWh when at full capacity.