South Africa’s Cape Town’s clean energy ambition needs an overhaul and according to South Africa outlet, these 4 companies are one to watch out for. 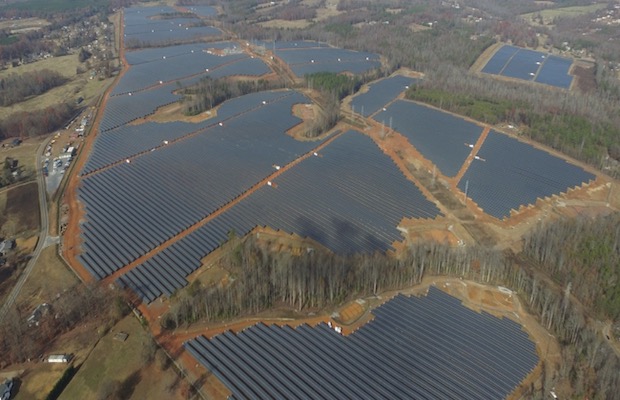 South Africa’s famous city, Cape Town has set an ambitious goal of having renewable power account for 20% of its energy mix by 2020, which a number of companies will likely prove instrumental in achieving.

Currently, Cape town is home to a higher population than the country’s capital Johannesburg, therefore, it will face more than a few bumps in the road if it is to reach its target by next year.

Its energy executive director Kadri Nassiep said: “Renewable energy penetration is on the increase but is not as fast as we would like it to be. He further elaborates, “Cape Town has abundant wind and solar photovoltaic resources, but we need to overcome regulatory and political barriers to raise our numbers significantly.”

But this has not stopped RE companies to set up shop and do business. The local media house Compelo has listed 4 such firms to watch out for:

Based in northwestern Cape Town, Phelan Energy Group is a renewable energy supplier, founded in 2005, with additional offices in Dublin, New Delhi, Dhaka, Buenos Aires, Sydney, and the Middle East.

Its main area of business is solar photovoltaic solutions and it claims to be committed to achieving the “lowest-cost solar power products”.

The company is actively developing solar projects in 12 International markets and claims to have installed 175 megawatts (MW) of clean power across South Africa.

Phelan Energy is also in the midst of installing 250MW in the Middle East and Asia and is reportedly on the path to establishing a pipeline of more than 2,000MW across the globe.

The total value of its Power Sales Agreements with various government-owned power utilities stands at more than €3bn (£2.6bn).

Juwi Renewable Energies is a Cape Town-based subsidiary of the international Juwi Group, one of the world’s most productive renewable energy companies with a focus on solar and onshore wind power generation.

The company has five utility-scale solar plants in its construction portfolio to-date, making for a total capacity of more than 120MW, which it worked on with the Government’s Renewable Energy Independent Power Producers Programme.

Juwi also develops and bids for wind projects through the program, and has more recently become a member of the Government’s Small Independent Power Producer (IPP) Programme.

Based in Cape Town, GreenCape is a non-profit organisation “drive the widespread adoption of economically viable green economy solutions” in South Africa’s Western Cape region. It accounts for more than 6,300MW of installed renewable energy capacity in the area, and almost 3,000MW of generation capacity tied to the national grid.

More than £10bn of investment in the clean power space has been accrued as a result of the group’s work, 25% of which comes from overseas.

GreenCape has also contributed to the ongoing fall in winder energy tariffs in South Africa which have seen prices decreased by more than 70%.

Over the next five years, the company aims to drive the uptake of green economy infrastructure solutions among the developing world, specifically.

Run by a father and daughter team, Treetops claims to be the leading system integrator for renewable power in Cape Town, specializing in solar photovoltaic systems and electricity supply for homes and businesses.

The company, founded as one of the first solar companies in Cape Town almost ten years ago, has gone on to establish an installed generation capacity of more than 2,500KW.

It supports this with more than 1,700-kilowatt hours (KWh) of battery storage, which it has sold domestically as well as to neighboring countries such as Malawi.