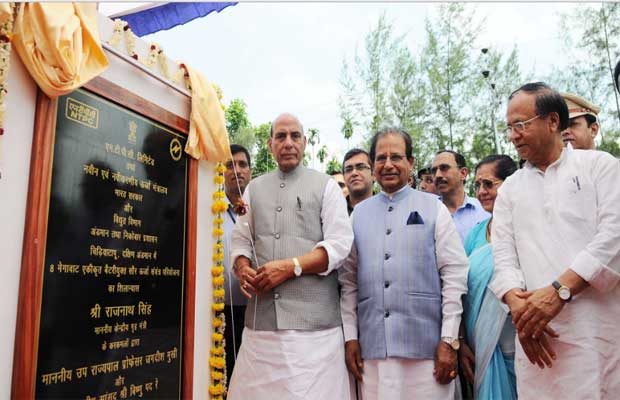 The Union Home Minister laid the foundation stone for the Solar Power Projects of 17 MW capacity at Manglutan and 8 MW capacity at Chidiyatapu, in South Andaman

Mercom citing an NTPC official reports that the foundation stone has been laid, but the bids are yet to be opened. NTPC has received satisfactory response from bidders and the award of contract will take another one and a half month states the report.

NTPC will set up Solar Power projects of 50 MW capacity with Battery Energy Storage System at different locations in Port Blair in Andaman & Nicobar Islands as part of a Memorandum of Understanding (MOU) signed between NTPC, Andaman & Nicobar Administration & MNRE.

While laying the foundation stone of 25 MW Solar Power Plant integrated with battery energy storage at Guptapara Village in South Andaman, which is first of its kind in India, Rajnath Singh said that the projects of solar energy parks of 100 MW have been sanctioned for the islands and all efforts would be made to commission all of them by 2018. As the total installed capacity of power generation in these islands is 109.45 MW of which 99.10 MW is from diesel, he announced that in order to save the beauty and pristine environment of these islands and to produce green and clean as well as comparatively cheaper energy highly polluting diesel generation would be replaced by solar, wind and sea-wave energy.