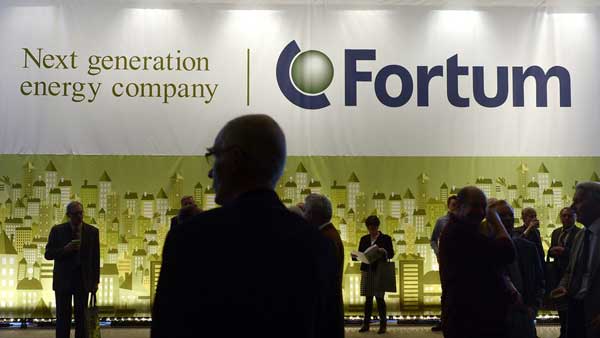 Fortum has announced that the company will be adding at least 250 MW solar capacity in India every year.

Finnish firm Fortum has commissioned a 70MW solar PV plant in Rajasthan, which it won last year at what was then a record low tariff of INR4.34/kWh, is now eyeing to set up at least 250 MW of solar capacity in the country every year.

Back in 2016, Fortum announced that it would invest €200-400 million (Rs 1,500-3,000 crore) in India’s solar energy sector to set up some large-scale greenfield projects. The company will have about 200MW of solar energy capacity operational by August. It has a target of achieving 1GW of solar capacity in the next few years.

The company plans to set up its solar projects across utility plants, business-to-business, and rooftop projects.

“We will keep on bidding for new projects and our appetite would be to add about 250MW every year,” Aggarwal told the publication.

“In India, we are looking at four pillars: the first would remain solar, second would be the bio-ethanol plant, we want the third to be in waste to energy, and fourth, we want to launch charging stations for e-vehicles. But the engine of Fortum India will be solar.”

The company’s bid for a solar project in a Rajasthan auction last year drove tariffs to a low of Rs4.34 per kilowatt-hour. Solar tariffs have this year fallen to a record-low of Rs3.30 a unit on a levelized basis—i.e., a value financially equivalent to the tariffs over the period of the power purchases agreement.

In January 2016, Fortum won an auction for a 70MW project in Rajasthan and three months later won another for 100MW in Karnataka. By August, the company will have 200MW of operational solar power capacity in India.

Average solar tariffs in India have fallen by about 73% since 2010, almost in line with Chinese spot prices for solar power modules, which have also fallen by about 80% in the same period, Mercom Capital Group said in a report last month.

Intense competition in reverse auctions for solar projects due to limited supply of projects has pushed companies to bid lower, sacrificing margins, in order to gain market share, the report said.