Souring monthly electricity bills has prompted the forest department to look at the possibility of non-conventional energy source, by erecting a solar power plant within the conservatory spread across 25 acres. 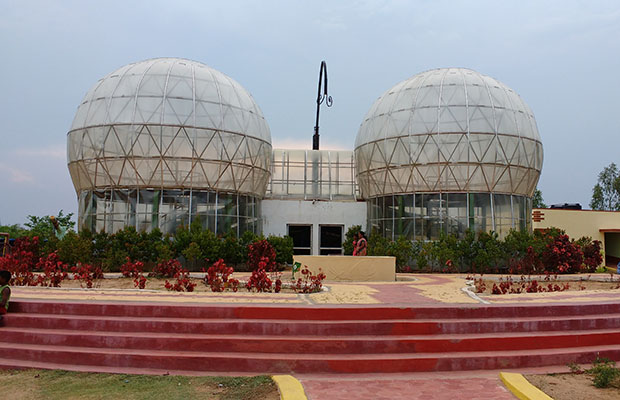 The Srirangam butterfly park may soon be operated with clean energy as the forest department plans to generate solar power within the park’s premises to meet its electricity needs.

Speaking to TOI, Trichy District Forest Officer D. Sujatha said that power consumption has been a lot in the butterfly conservatory, leaving them to spend more on electricity bills. “We have been paying Rs15,000 per month on an average towards electricity. All four water fountains are operated with high power motor pumps. Besides this, water from eight borewells in the campus to irrigate the green cover is extracted with the help of electric motor pumps.

“We are trying to bring down the conventional power consumption by meeting our electricity need with solar energy, as the revenue generated from the visitors is sufficient only for maintenance and a large part of the revenue goes for electricity bills,” she said.

Solar energy is seen as a permanent solution by forest department as it would make the butterfly conservatory self-sufficient in a couple of years. “There is a dire need for permanent power solution. Butterflies can be retained in the conservatory if micro climate is maintained and that can only be possible by further improving green cover and motor pumps are used to irrigate the green cover,” said another senior forest official in Trichy.

Forest department has sought a quotation from contractors for a solar project to run a combined 50 horse power motor pumps. Based on the quotation with least amount, a proposal would be sent for government’s approval for the project. Forest department has been submitting proposals to the government based on the requirements of the conservatory which primarily includes periodic repair work.