As per the deal, Brett Martin is now procuring renewable electricity from a solar installation funded and developed by Lightsource BP. 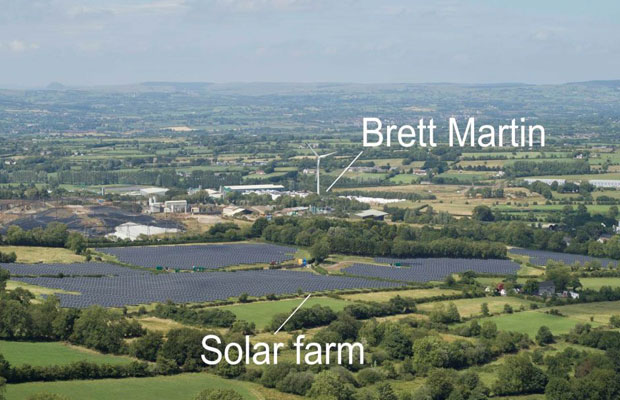 As per the deal, Brett Martin is now procuring renewable electricity from a solar installation funded and developed by Lightsource BP.

Further, Lightsource BP has financed, completed and now operate the 6.42MWp solar installation at Gibson Farm in Mallusk, Newtownabbey which is hard-wired directly into Brett Martin’s facility just over a mile away.

Moreover, the solar installation has an output power capacity of 6.42MWp – enough clean solar energy to power the equivalent of over 1,600 homes, providing approximately 14 percent of the centre’s annual electricity demand.

The solar installation, built on over 35 acres of locally-owned farmland, provides an estimated saving of 2,000 tonnes of carbon emissions each year, equal to taking nearly 1000 cars off the road.

Commenting on the development, Lightsource BP, CEO, Nick Boyle said, “We’re delighted to have developed this project with Brett Martin, who join other Lightsource BP partnerships, including Belfast International Airport, Bentley Motors and Thames Water, in procuring renewable electricity. Choosing to source solar electricity via private-wire provides Brett Martin with a long-term hedging strategy against rising costs in today’s volatile energy market. We’re proud to be working with corporations both locally and internationally to cut costs and increase price visibility, as well as to accelerate the global low-carbon transition.”