Of the top ten economies powered by solar power, 5 are from Asia. This is a major breakthrough given that a decade ago, only two Asian countries were on the list, while European countries dominated the solar rankings. The Asian countries on the list have witnessed a decade of steady growth, accelerating its solar capacity.

The list has been released by electricity think tank Ember, which has provided an analysis of how total solar power capacity has transformed over the last decade in countries worldwide. 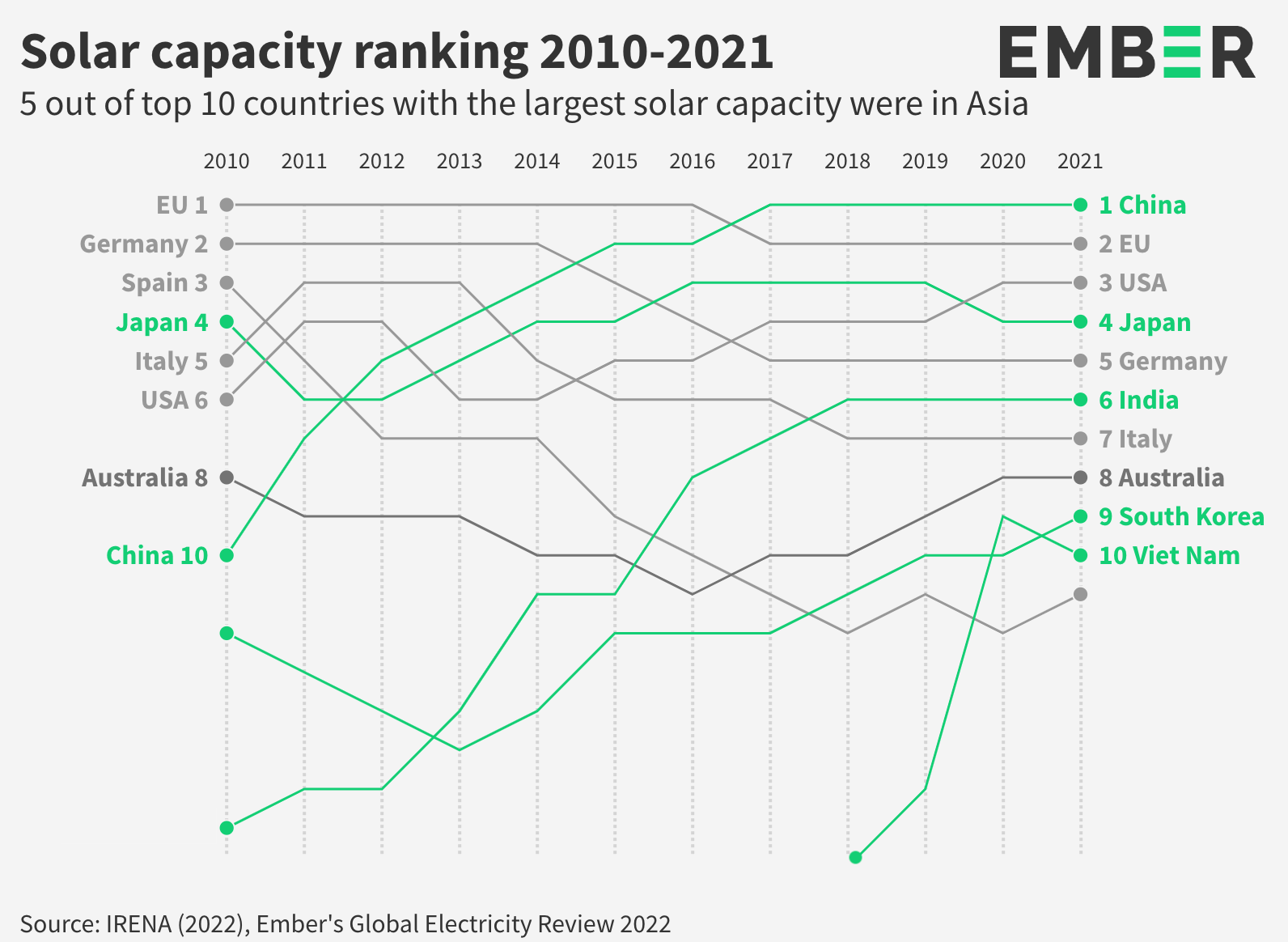 The analysis has revealed that countries such as China, India, Vietnam and South Korea have etched a place for themselves in the top ten rankings. It is noteworthy that in 2010, India was ranked 22nd globally while Vietnam was ranked at 196th.

China boasts of 307 gigawatts of solar power, which is already the biggest total installed capacity in the world. In a striking revelation, the country is set to double its record-setting rate of new solar development in 2022, according to state media. This goal will be achieved once the country accomplishes its target of installing 108 gigawatts of solar power this year.

Stupendous Growth In Other Asian Countries

Vietnam has seen a rapid solar expansion between 2019 and 2020, with a 234% increase in solar capacity in a single year.

“Asia’s solar growth has been under the radar. The region actually has been doing quite well, with 5 countries now joining the world’s top 10,” said Achmed Edianto, Ember’s Asia electricity analyst. 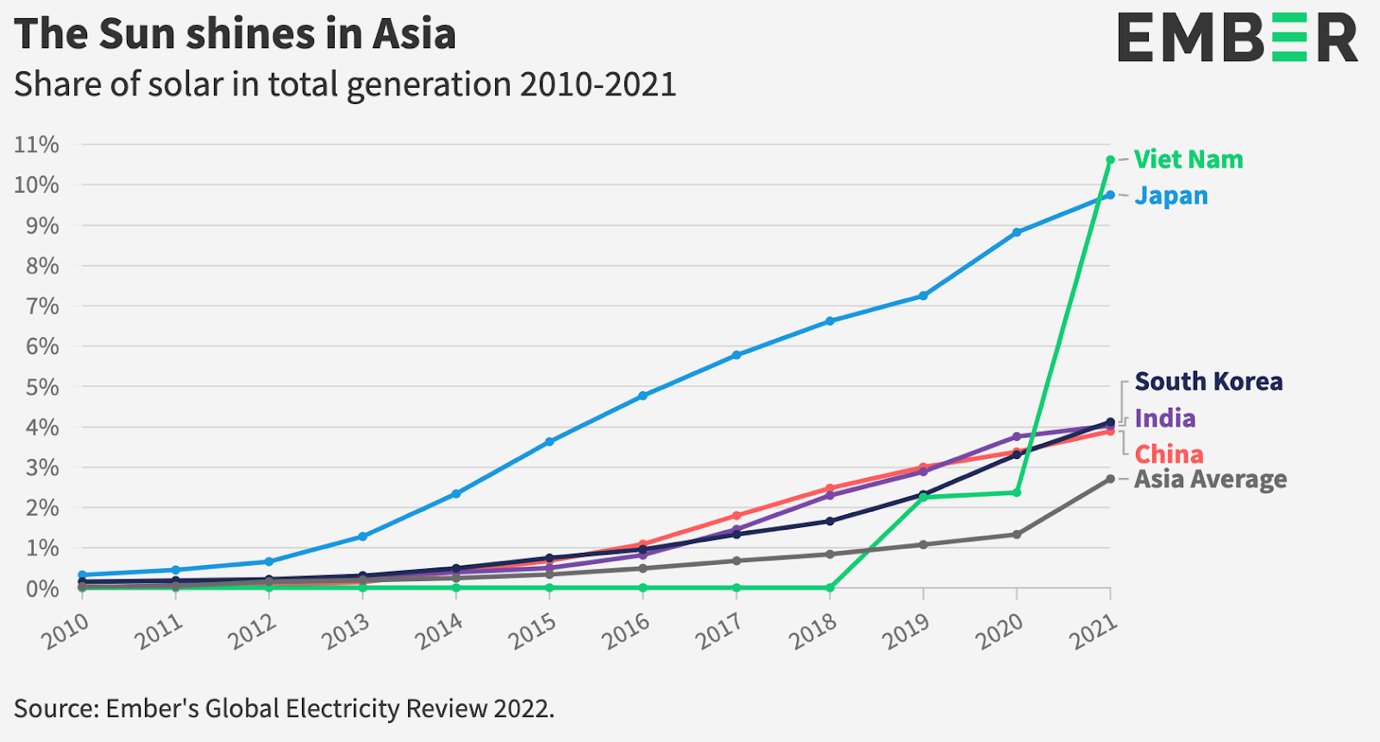 According to IRENA, global solar capacity amounted to 849 GW in 2021, 19% higher than the previous year. As a result, the world generated 3.7% of its electricity from solar in 2021, with the average across Asia just under 3%. Much of this rise has been thanks to recent increases across the region, but it also highlights how far solar has to grow before it can displace fossil fuels.

Within the region, China and India have seen incredible growth of their respective solar industries, leading to significant shifts in how much electricity is being generated by solar power each year. China’s solar share has increased from 0.02% in 2010 to 3.89% in 2021, while India has increased its share of solar from 0.01% to over 4% in 2021.

“Japan’s increase in the share of solar shows that, with a clear and focused vision, quickly expanding renewables is entirely possible in Japan. This will hopefully be just the beginning”, said Evan Gach, Kiko Network Japan

According to both the IPCC and the IEA, to keep climate change below 1.5 degrees of warming, Asian countries should aim to power at least 40% of their electricity grids from wind and solar by 2030. This will require both tailored national policy innovation and investment, but also collective economic and technological cooperation on a grand scale.

“If Asia’s rapidly developing economies are able to scale up their solar industries and collectively confront the challenges of the energy transition, they will be at the forefront of securing the jobs, industries and opportunities of a renewable future”, added Ember analyst, Achmed Edianto.

For India, the numbers are no surprise, and if anything, the country will hope to progress to the number 3 rank over the next few years as its installations catch up with the targets it has set for itself. It will eventually be right behind China and the US in total installations, and in time, might even surpass the US if policy allows it.