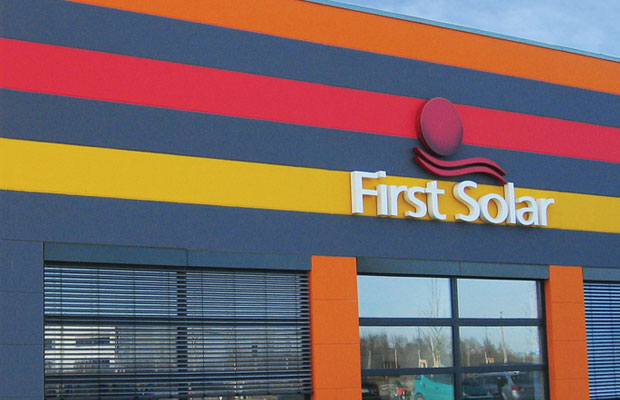 First Solar has bagged contract for solar power project in Australia and will deliver 140 MWdc PV modules to the Sun Metals Solar Farm in North Queensland.

First Solar has announced it has been awarded the module supply contract for the 140 MWdc Sun Metals Solar Farm in North Queensland (QLD), Australia. It will be Australia’s largest solar power project once constructed, and utilize more than 1,167,000 First Solar advanced thin-film photovoltaic (PV) modules to produce approximately 270,000 megawatt-hours of energy in its first year of operation. Situated 15 kilometers south of Townsville, the project will supply electricity to the Sun Metals zinc refinery, which is a member of the Korea Zinc Group and a world leader in metal processing technology.

“Large-scale solar is fast becoming one of the most cost-effective sources of energy generation in Australia. This project represents the viability of the commercial and industrial solar power market in Australia, and the growing trend of major energy consumers owning and operating renewable energy assets,” said Jack Curtis, First Solar’s Regional Manager for Asia Pacific.

With a proven track record across the solar value chain in Australia, First Solar is also the country’s leading module supplier for large-scale solar power projects.

“The performance and reliability advantages inherent to First Solar’s technology in Australia are well known, and we’re pleased to support this historic project,” said Curtis.

First Solar technology has a higher energy yield than crystalline silicon technology in Australia due to its lower temperature coefficient, linear shading response and superior spectral response. This advantage is of particular importance in hot and humid climates such as Townsville, and over the course of a project’s operational life will translate to more energy output for Sun Metals.

“Sun Metals is pleased to sponsor this landmark project for Australia, and we recognize the importance of quality and performance in every choice we have made for the delivery of the project,” said Yun Choi, Sun Metals’ CEO and Vice President Korea Zinc. “There is significant value in partnering with trusted and reliable partners like First Solar. The development and realization of the project will benefit from First Solar’s broad capabilities and market experience, in addition to their industry leading technology.”

RCR Tomlinson Limited will manage the engineering, procurement and construction (EPC) of the project. Construction is scheduled to commence in April 2017.

“This is another milestone in our valued relationship with First Solar,” said Paul Dalgleish, RCR’s Managing Director and Chief Executive. “RCR is a leader in the EPC delivery of large-scale solar farms, and the inclusion of First Solar’s technology, with which we have extensive experience, will ensure the success of the project is maximized for all involved.”

On completion, the project is expected to generate enough solar energy to displace approximately 248,000 metric tons of carbon dioxide annually, the equivalent of taking nearly 66,000 cars off the road.