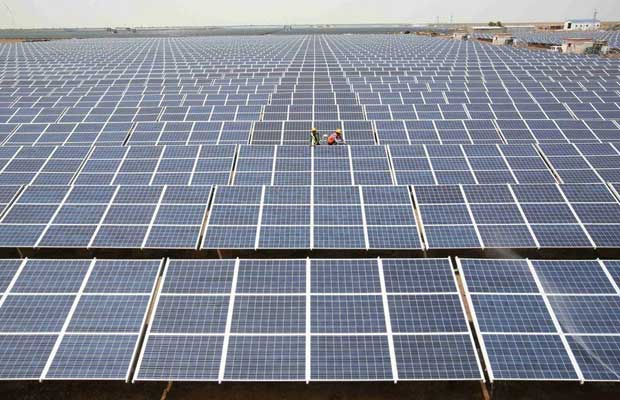 Australian Renewable Energy Agency’s program to drive down the cost and accelerate the rollout of big solar projects has just seen the first funding agreement signed. The new agreement commits up to $8.9 million of ARENA funding towards Genex’s $126 million Kidston Solar Project in North Queensland.

“ARENA’s unprecedented investment in large-scale solar is expected to unlock almost $1 billion in commercial investment that will mostly be spent in regional Australian economies,” said Frischknecht. He added  “Nationally, the six plants in Queensland, five in New South Wales and one in Western Australia will be a huge boost to regional areas with the expected creation of around 2,300 direct jobs and thousands more indirect jobs.”

The other 11 large scale solar projects are currently working towards signing ARENA agreements, locking in finance and lining up construction contracts in order to reach financial close early next year.

The signing of the Kidston funding agreement comes a month after Genex completed a study which found the construction of a pumped storage facility operating alongside the solar farm was technically feasible.

“This opens up the potential to create Australia’s first big solar plant capable of delivering renewable energy into the grid around the clock,” Frischknecht said.

“The runs on the board for large-scale solar demonstrate the ARENA effect in transitioning Australia to a reliable and affordable renewable energy future.

“One example is falling local costs, which represent a large portion of overall costs. ARENA support and knowledge sharing activities have slashed the locally determined costs of developing and building plants by more than half in the last three years.

Construction is expected to start soon at the Kidston Solar Project. EPC contractor UGL is on track to complete construction towards the end of 2017.  The company has also received credit approval from its debt syndicate for a debt facility of up to $110 million towards construction.

Genex Managing Director Michael Addison said starting the site works was a significant milestone. “Genex’s Kidston Solar project benefits from one of the best solar resources in Australia and we will now work closely with UGL to commission the project in 2017. Genex acknowledges the support of ARENA and the Queensland Government.”