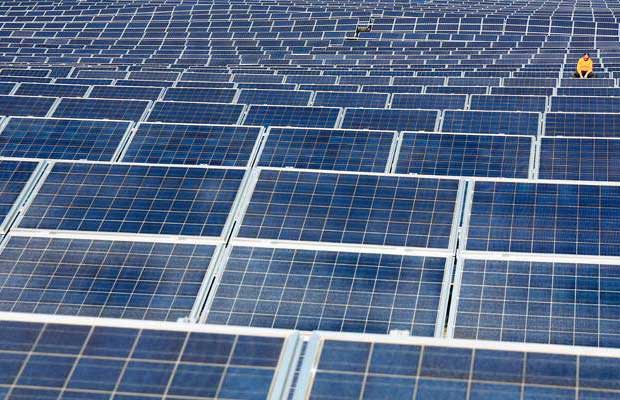 Renewable Energy Minister Piyush Goyal at an event organized by industry body CII said that some firms not doing well will not impact the programme’s success reports PTI.

When asked about the debt problems faced by SunEdison, Goyal said “there are always certain cases of firms failing all over the world in every industry. There was a point of time where very large airline companies failed in different parts of the world. You have a failed steel sector in the UK. It doesn’t mean that the whole sector collapses.”

Addressing the reporters on the sidelines of the event, Goyal said there are one or two instances of companies which don’t do well or may have some problems.

“But it’s not as if only these one or two firms brought the tariffs down. We have 50 companies who brought tariffs down even below what Sun Edison or Sky Power quoted. So, I don’t think it deters us or deflects the success of the solar programme at all,” the minister said.

India has very large corporations, both domestic and international, which have won contacts in the solar energy field at even more competitive prices than (Sun Edison and Sky Power), added Goyal, who also holds the portfolio of power and coal.

“If there is a problem with one or two companies, others will take over those projects… Investors need not be worried about it; bankers are not worried about it. There is enough interest in the market for much larger volumes than what they have taken up in India.”

When asked about use of use of coal to generate electricity the power minister said “It’s the base load of power in India. We will continue to have coal and newer coal plants coming in. But India is a very responsible global citizen and we working on clean coal technologies.”

Last week a report popped up claiming that US-based renewable energy company SunEdison is in talks with Finland’s Fortum to sell stakes of its India solar projects.

Fortum is interested in taking stakes in SunEdison’s projects, including a proposed 500-megawatt (MW) plant in Andhra Pradesh state it won last year in November.

Finnish utility firm Fortum announced to invest euros 200-400 million (Approx. Rs 15100-30200 crore) in solar power projects in India and will target some large-scale greenfield to enable economies of scale. Additionally, the company will consider seeking possible partnerships or other forms of cooperation, which would on long-term create a more asset-light structure.

Fortum recently won bid for 100 MW solar power park in the reverse auction in India. The reverse auction was conducted by NTPC on 12th April 2016 for the selection of 500 megawatt (MW) grid connected solar PV projects under Batch II Tranche I of JNNSM phase II. The solar power plant will be built in Pavagada Solar Park in Tumkur District Karnataka in India with a fixed tariff of Rs. 4.79 /kWh for 25 years.