Home » News » By February 2018, PEC University Will Have Its Own Solar Tech Parks

By February 2018, PEC University Will Have Its Own Solar Tech Parks

PEC deemed university will have a solar technology park on campus, which research scholars will use to conduct experiments. The solar tech park will be set up on 4,000 square feet land on the PEC campus by February, 2018. By the next academic session, the park will be available for students to conduct research. 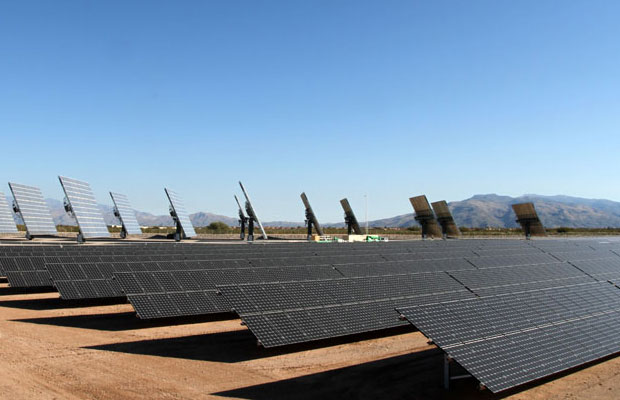 Director, Centre for energy studies Professor Tarlochan Kaur said the major area of research in the solar park is to make the fuel cell cost-effective and replace batteries used in various products. She said land for the park is ready.

According to her, while the centre has basic research equipment, the park will be more technically equipped. Initially, PEC scholars will be allowed to use the park and later, scholars from Chandigarh Regional Innovation and Knowledge Cluster (CRIKC) will be allowed to conduct research in this park. In the first phase, solar cooking will be done in one hostel and the remaining hostels will be covered later.

Rajinder Kumar Kaura, an ex-student of the 1973 electrical engineering batch and present chairman and managing director, Bergen Group of Companies, is funding the solar park establishment for PEC. In November, 2017 he, along with his team mates and other alumni visited PEC for a meeting.

As per the MoU signed between the two, both will work together to establish a solar technology park on PEC Campus for development of indigenous solutions and systems of solar, thermal and solar PV.

The idea behind the Tech Park is to develop a solar product every year and commercialise it. During the meeting, campus authorities were informed that equipment required for the park will be installed by February.

During the meeting, they proposed to enlist Ph.D scholars of the electrical department to assist the technical team of Bergen Group in setting up the control room and R&D structure for the park.

Kaura also suggested that PEC start a new 2-semester course on fuel cell invertor and hydrogen. Yogesh, an alumnus of the 1973 batch was requested to examine current curricula and provide a fresh syllabus for the course.

There is a proposal to initiate work on a hydrogen station at PEC after the completion of the solar technology park. A detailed Project Report (DPR) for this will be submitted soon.