IN the UK, a firm called char.gy has pioneered an Electric Vehicle (EV) charging solution that converts a lamppost to a charging station. 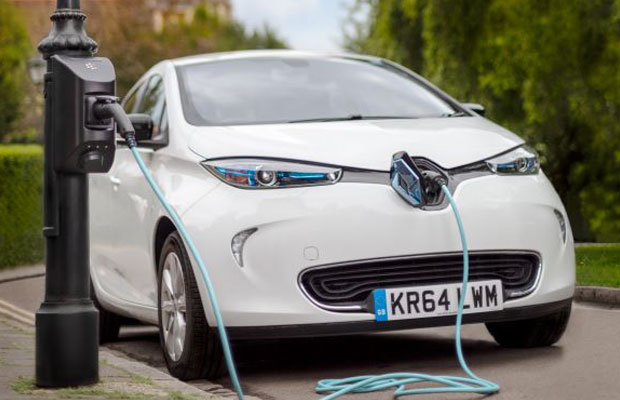 India’s quest for green mobility just got a boost with the announcement of the second phase of the Faster Adoption and Manufacturing of Hybrid and Electric Vehicles (FAME-2) scheme early this year. The Rs 10,000 cr boost to support the roll out of at least 150,000 electric vehicles in the next three years hopes to answer the two basic issues proving to be a handbrake: batteries and charging infrastructure.

Swappable batteries and a networked grid of charging stations as ubiquitous as the yellow STD/ISD/PCO boards of India’s first telecom revolution is what India needs. One reason why liberal licensing norms, using existing fuel pumps, and much more is on the table for the challenge.

Private players, including start-ups, will play a leading role in making this happen. Making EV charging stations a viable proposition is probably the biggest challenge for every one, especially the issue of space for such stations.

char.gy Limited, an England and Wales registered company, has found a way to work around the problem of creating separate charging stations by using the omnipresent street light to charge your vehicle.

Its technology has proven its prowess and has now been approved and adopted by the UK government. And char.gy might even have plans for India. With FAME-2 looking to support only commercial fleet owners, the OEM’s have enough reasons to now either setup independently their charging stations, or tie-up with companies like char.gy to quickly roll out the infrastructure required by piggybacking on India’s lampposts.

Of course, for municipal bodies always looking to shore up finances, this could also be a great opportunity to monetise their ‘assets’ in the form of street furniture.

char.gy’s tech of converting any lamppost to a EV charging station will mean easier access, could mean unmanned operations and a worry free EV ride for India’s EV owners. And according to a news report, the company is looking to enter US and Indian markets.

“Drivers without off-street parking are still not catered for when it comes to charging an electric vehicle, and that’s just not cool. Imagine a world where every lamppost is also a charge point. Wouldn’t that make things simpler?”, the company website said.

char,gy is a shining example of the benefits UK’s own drive for EV’s has created for startups. With electrification of transport linked to large-scale renewable energy seen as crucial in its efforts to cut carbon emissions besides the huge push from the London government, which is seeking to reduce pollution in the city.

Founder and CEO Richard Stobart launched his company when he realised he could not buy an electric vehicle because he lived in a flat and had nowhere to charge it. Surely, he thought, it should not be too hard to put a charge point on the post of a street light? In fact, he discovered, such an apparently simple solution presented complex regulatory and technical challenges.

Mr. Stobart then proved the technology and char.gy installed its first street charging point in November 2018 and has since installed 300 more and has plans to install 9000 more over the next five years. The company offers various payment plans to users, with pay as you go to regular users on a per KwH basis and even a monthly plan for unlimited charging.