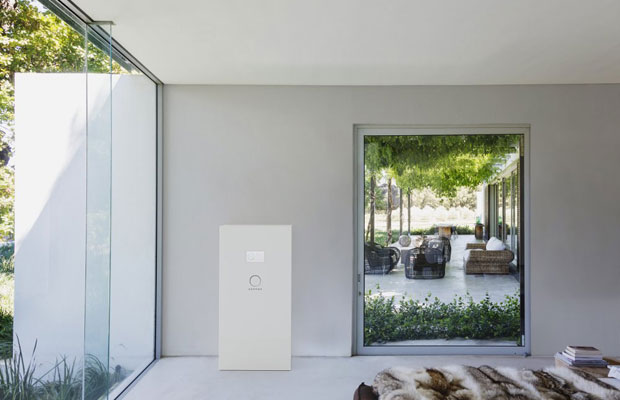 “The project is the first of its kind using blockchain technology and leads the way to the future integration of renewable energy sources. We clearly see a potential to develop new possibilities of flexibility through blockchain technology. Ultimately, this helps limit the use of expensive curtailment of wind turbines which is needed to stabilize the grid,” said Urban Keussen, chairman of the board of TenneT TSO GmbH. “As a grid operator, we are taking a new approach here to better integrate decentralized renewable energy sources and secure supply. At the same time we offer citizens the opportunity to actively participate in the energy transition.” TenneT’s goal is to develop new ways of flexibly controlling the highly weather-dependent electricity production electricity production from renewable sources. Blockchain technology offers new possibilities for networks of decentralized distributed systems to securely and intelligently manage flows of electricity across various regions. This allows the project to supplement grid expansion and become an important building block for the energy transition. Following a successful evaluation TenneT aims to open the flexibility projects to new partners.

To stabilize the grid, sonnen creates a virtual energy pool by connecting its decentralized energy storage systems through its sonnenCommunity. This not only increases the general use of renewable energy because production can be distributed and peaks smoothened but also allows households to participate in energy markets to earn money. Already today they can receive free electricity by offering their energy storage systems for grid services for just a few minutes a day, providing additional earnings beyond self-consumption and thus improving the economics of sonnen’s energy storage systems.

“For the first time, with our partner TenneT, we are using green energy from storage systems as an alternative to coal or nuclear power for bridging transmission bottlenecks. Instead of letting surplus clean energy in northern Germany go to waste, we store it. Instead of firing up power plants in the south of Germany we just draw the required electricity from our storage systems. We effectively build up a green, virtual power line that brings benefits not only to our customers but also to everyone using the grid”, says Philipp Schröder, Managing Director and Chief Sales & Marketing Officer at sonnen.

Nowadays, due to the increasing decentralized infeed of energy from renewable sources, transmission bottlenecks are becoming increasingly common in the power grid. To manage such bottlenecks, TenneT and the other transmission system operators engage in measures (redispatch, grid reserve, wind power curtailment) to ensure that the transport is within the limits and capabilities of the grid. In 2016, the cost of these measures was around 800 million euros across Germany, due in a large part to the curtailment of wind turbines. These costs are ultimately borne by electricity consumers through grid charges. Besides grid expansion, additional measures such as flexibility from storage systems can help limit the need for the expensive curtailment of wind turbines.

Compared to other blockchain initiatives within the energy landscape, TenneT and sonnen’s project is not limited to energy trading but focuses on a complex grid service. Easily scaled and with attractive economics, blockchain is set to play a decisive role in our future energy supply, providing the technology connecting millions of decentralized energy systems.

For sonnen, blockchain is the next step towards a clean and decentralized energy future. The pilot project initiated by TenneT, in which sonnen e-Services GmbH, operator of sonnenCommunity, is the first partner to participate, is another step towards an even simpler and more efficient networking of energy storage systems, solar production and power grids.

In the Netherlands, TenneT is exploring the use of a permissioned blockchain network to integrate flexible capacity supplied by electric cars into the electrical grid. The partner in this pilot project is energy supplier Vandebron. For TenneTs grid in the Netherlands the company will provide control energy using a pool of charging stations for electric vehicles and thus compensate for fluctuations of frequency. This Pilot starts in late November.