Etrion and Tamagawa signs a project finance to build a 9.5 MW utility-scale solar project in Japan 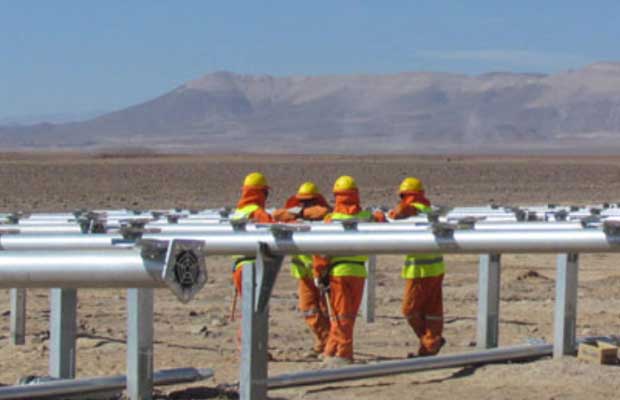 Etrion Corporation and Tamagawa Holdings announced signing of the project finance and construction of the Aomori solar power project located in Misawa city in the Aomori prefecture of the Tohoku region in Japan. Aomori is a 9.5 MW utility-scale solar PV power plant to be built in Aomori Prefecture of Japan. Construction-related works are expected to commence in July 2016 and the solar project is expected to be fully operational by the third quarter of 2017. The solar power plants will be built on 164 hectares of owned land and the facilities will connect through the Tohoku Electric Power Co., Inc. utility. Once it is operational, the solar plant is expected to produce approximately 10.7 gigawatt-hours (“GWh”) of solar electricity per year.

Tamagawa Holdings was the initial developer and retains an interest in the project. Financing was arranged by Sumitomo Mitsui Trust Bank, Limited.

The total project cost will be financed approximately 85% through project debt from SuMi Trust with a tenor equal to construction period and 19 years of operations. The remaining approximate 15% equity portion will be funded pro-rata based on the respective ownerships, with Etrion 60%, Tamagawa Holdings 30% and Hitachi High-Tech 10%.

Marco A. Northland, Etrion’s Chief Executive Officer, said: “I am delighted to announce the closing of $29 million project financing for our 9.5 MW Aomori PV project in Japan. This is our third utility-scale solar project in Japan. It continues to demonstrate the excellent partnership with Hitachi High-Tech, who will be building the project on behalf of the partnership. Aomori also represents several important firsts for Etrion. It is our first project involving a local developer, Tamagawa Holdings Co. Ltd. It will also be the first project in Japan where Etrion will act as the Asset Manager, further confirming the market’s acceptance of Etrion as a reliable, best-in-class Independent Power Produced (IPP), developer and owner. Japan continues to be our main focus and I expect more projects to reach financial close in the near future.”

Japan is one of the largest solar PV markets in the world with over 36 gigawatts (“GW”) of installed capacity and a national solar power target of 28 GW by 2020.