Etrion Corporation, a solar independent power producer, announced today the signing of a project finance agreement with Sumitomo Mitsui Trust Bank, Limited (“SuMi Trust”) for the construction of the 13.2-MW Komatsu solar project located in the Ishikawa Prefecture of Japan. 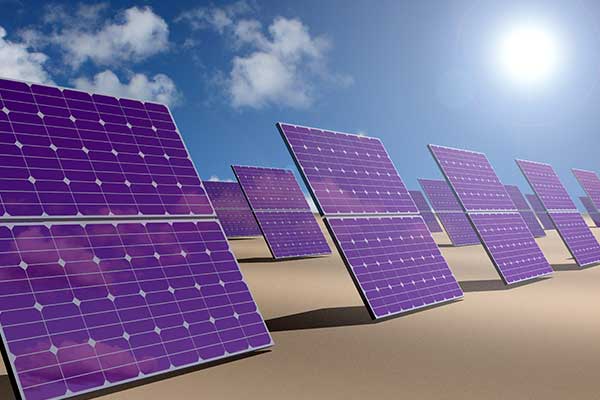 Marco A. Northland, Etrion’s Chief Executive Officer, commented: “I am delighted to announce the signing of the $33 million project financing for our 13.2 MW Komatsu project, our fourth utility-scale solar project in Japan. We continue to deliver new solar projects through our unique partnership with Hitachi High-Tech in Japan, which is the market with the highest returns for Etrion. Once we close the previously announced sale of our Italian assets we will be in a very strong financial position to further accelerate our growth in Japan.”

Komatsu is a 13.2 MW solar photovoltaic (“PV”) power plant to be built on one site in the Ishikawa Prefecture of Japan. Construction-related works are expected to begin in February 2017, and the solar project is expected to be fully operational by the second quarter of 2018. The solar power plant will be built on 30.5 hectares of leased land and will connect through the Hokuriku Electric Power Co., Inc. (“Hokuriku Electric Power utility”). The project company will enter into a twenty-year power purchase agreement (“PPA”) with the Hokuriku Electric Power utility and will receive ¥32 per kilowatt-hour (“kWh”) of electricity produced (approximately US$0.32 per kWh). Once operational, Komatsu is expected to produce approximately 14.2 gigawatt-hours (“GWh”) of solar electricity per year, enough to supply 4,000 households.

Etrion will own 85.1% of the Komatsu project, and Hitachi High-Technologies will own the remaining 14.9%. The total project cost will be financed approximately 83% through project debt from SuMi Trust in Japanese Yen with a tenor equal to the construction period plus 19 years of operations. The remaining 17% of total project cost will be funded pro-rata by Etrion and Hitachi High-Technologies according to their respective equity interests.

Japan is one of the largest solar PV markets in the world with over 47 gigawatts (“GW”) of expected installed capacity by the end of 2016. In Japan, Etrion has 34 MW operational, about 23MW under construction and nearly 250 MW in development pipeline.

In 2012, Etrion and Hitachi High-Technologies Corporation signed a development agreement to develop a pipeline of solar assets in Japan. Under this agreement, both parties provide the key functions necessary to successfully develop, build and operate solar projects (including, but not limited to, obtaining the relevant permits and authorizations to build and operate the solar power facilities, developing relationships with local utilities and land owners, performing EPC-related services and providing O&M and asset management-related services). Komatsu is the fourth solar project to be built under this partnership with a target to reach 300 MW either under construction or shovel-ready by 2018.