The global energy storage market is set to grow from 4 GW of annual deployments in 2019 to more than 15 GW in 2024, according to a new analysis 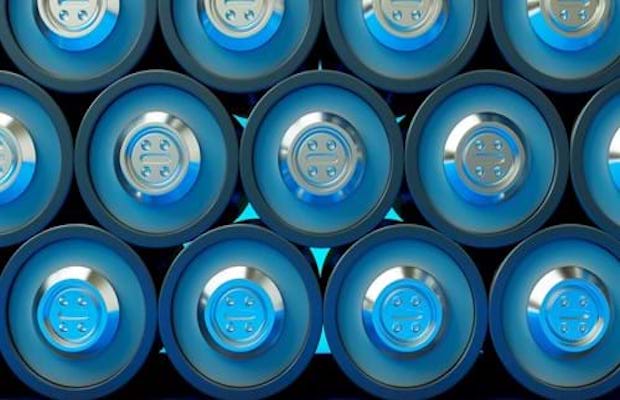 The global energy storage market is set to grow from approximately 4 GW of annual deployments in 2019 to more than 15 GW in 2024, according to a new analysis from research agency Wood Mackenzie.

Costs have fallen, direct incentives and clean energy targets are proliferating and competitive markets and vertically-integrated electricity providers are beginning to recognise the potential of energy storage. In the next decade, the already consolidating web of manufacturers, developers, investors and integrators will compete for their slice of this burgeoning industry, carving out mature supply chains and propelling cost reductions. As they do, continued policy and regulatory efforts will be key to driving upside in the market,

According to the analysis, the end of the decade will benefit from stabilising supply chains and mature and experienced players, however, there will be even more potential for disruption from new technologies and policies.

Daniel Finn-Foley, Wood Mackenzie Head of Energy Storage, sees six key themes that will be the biggest trends to watch in the global energy storage market in 2020 :

Finn-Foley said, “the energy storage industry is in the enviable position of juggling growth game changers from multiple directions. Plunging costs drove speculation in the first scaled markets but as price declines enter a steadier rate, further recognition of storage’s value – rather than cost – will be the key factor in determining growth.”

As with all renewable energy technologies, energy storage has an important role to play in the energy transition.

Oil major Total and automaker Opel announced a collaboration on electric vehicle (EV) cell manufacturing earlier this year, potentially investing as much as $5.5 billion in up to 47 GWh of manufacturing capacity. “Total, already investing in stationary storage applications, and Opel clearly see batteries as a key element of the future,” said Finn-Foley.

Companies like Microsoft, Google and Facebook have blazed a trail for scores of companies seeking to shrink or eliminate their carbon footprints. “When Google announced a partnership with NV Energy for significant solar-plus-storage investment to power data centres, they were not just breaking new ground in a key market but were pioneering a new way corporations value renewable energy.

“Rather than simply offset consumed electricity, Google seeks to time-match consumption with availability and that requires storage. If this catches on among other climate-forward corporations, the upside could be huge. Daimler’s commitment to procure renewables in real-time shows that this trend may become global,” added Finn-Foley.

In 2019, the European Commission launched a EUR 10 billion innovation fund targeting low-carbon technologies, including energy storage. On top of this, the US Department of Energy’s Energy Storage Grand Challenge represents the US federal government’s largest-scale action to date.

With millions behind this technology globally, innovation efforts have the potential to encourage alternatives to lithium-ion and potentially shift the market, according to Wood Mackenzie. While solar and wind can displace carbon-emitting forms of energy supply, storing energy will be critical when renewable generation is not prolific. Energy storage can play a role in balancing supply with demand on the electric grid and opportunities for BTM residential and non-residential energy storage are growing.

As the decade progresses and further incentives accelerate the energy storage market, the dynamic of the industry pushing stakeholders to recognise the technology for its potential will quickly flip, the analysis revealed.

“Stakeholders are already pulling, rather than being pushed, and turning to storage rather than being forced to consider it. The timing and speed of this push/pull shift and the speed with which the industry can react will define its potential,” said Finn-Foley.