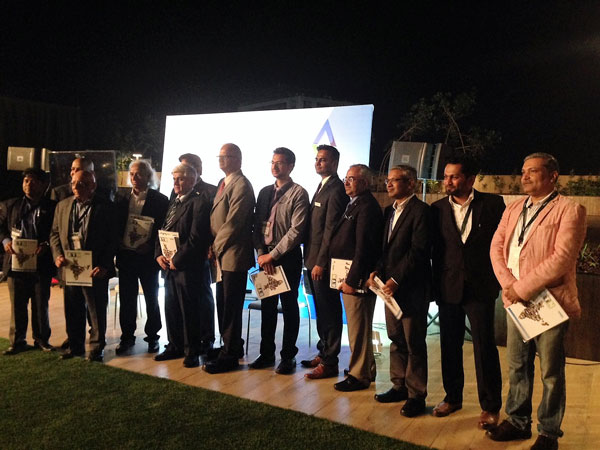 The event was also supported by Ministry of New and Renewable Energy (MNRE), US Commercial Services and IIT Bombay. Railway Minister, Suresh Prabhu, was the key note speaker with focus on Make in India and E-Mobility. Suresh Prabhu reaffirmed the Government’s commitment to add 175GW of Renewable Energy (RE) to the grid by 2022 and also emphasized the need of storage to augment integration of RE.  The minister said “Renewable Energy integration with storage will be part of the wider picture in realizing India’s commitments towards climate change mitigation in its INDC”.

Focus of ESI 2017 was “Moving from Vision to National Energy Storage Mission”. During the conference, Dalip Sharma, M.D. – Delta Power Solutions India announced expansion of Delta’s manufacturing facility in India to include production of Lithium ion batteries. John Wood, CEO – Ecoult announced a strategic partnership with Exide industries to launch its UltraBattery in India with a plan to set up manufacturing in 2017.

A key invite-only CXO Roundtable with key policy makers was attended by CEOs of IESA member companies to bridge the existing policy and regulatory gap in the sector and press for a national energy storage policy.

A key highlight of the event was European Space Agency’s announcement on partnering with IESA in leveraging space technology to support micro-grid applications and modeling.  Dinesh Arora, Executive Director, REC, confirmed that over 700 minigrids are in process of tendering in the country. He requested the industry to keep up the pace of technology innovation for bottom of pyramid. The Microgrid Initiative for Campus and Rural Opportunities (MICRO) initiative by IESA was demonstrated during the conference, explaining its unique value propositions for various stakeholders such as investors, developers and equipment suppliers catering to microgrid market.

India saw 46MW of opportunities in 2016 and looks forward to over 100MW of RfPs for 2017. This includes projects by SECI, NTPC, PGCIL, NLC, CEL and REIL.  Bharath Reddy of SECI announced that a total of 13 bids were received for the recently concluded 2x5MW Storage + 50MW Solar PV project in Andhra Pradesh Solar Park. He also mentioned that bidding for 4 similar projects in Karnataka is open till 24th January.

A special issue of Emerging Technology News (ETN) was also released on this occasion, which honors Business Leaders, Researchers and Policy Makers of Indian origin who have made an impact in the global Energy Storage and Micro-grid sector. The issue will be available at www.indiaesa.info.

This year, the conference featured a dedicated track on e-mobility applications and e-transportation with panelists representing Mahindra Electric, GoGreenBOV, Axiom Energy and other industry stakeholders. Advanced energy storage technologies such as Ultra Capacitors, Lithium Sulphur and flow batteries as well as Emerging Applications including thermal storage and fuel cells were highlighted during the conference.