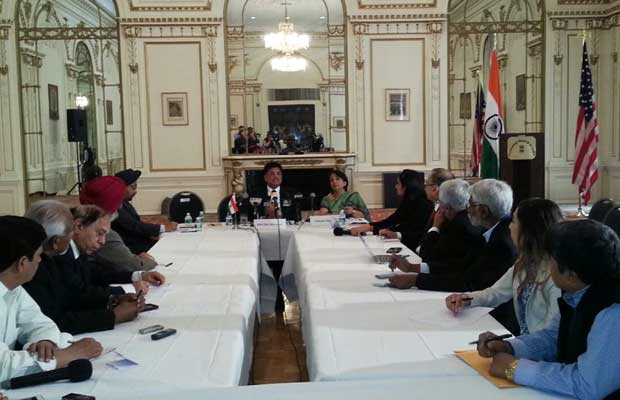 Capitalizing on the tag line, ‘I led the way’, the government owned company, Energy Efficiency Services limited (EESL) is gearing up to set up its 21st overseas office in New York in the near future.

Union Minister of State for Power, Coal and New and Renewable Energy, Piyush Goyal speaking at the Renewable Energy Investors Roundtable said “we will go back by the weekend and my office will get cracking with the EESL on Monday to set the ball rolling on EESL’s US chapter. There was huge enthusiasm shown by the Green Bank and the Energy Council of the US earlier in the day during my meetings with them.”

In what could be described in cricket analogy as a reverse sweep, India is taking its poster boy EESL to the US to share innovative ways of mainstreaming energy efficiency primarily on the back of economies of scale and transparent procurement.

The pricing of LED bulbs in India has been a game changer with prices falling by over 83 per cent in one year. EESL has already completed distribution of 9 crore LED bulbs under its Domestic Efficient Lighting Program.

Replying to investors queries on the volatility of the exchange rate and the need to address the hedging issue, the Minister said, “I am open to an earlier proposal of linking the debt to a basket of currencies including the USD, the JPY or even options like inflation linked tariffs to cover hedging risk.” Other important issues that were discussed during the course of his visit to the UK and US included the need for a stable and simplified policy and regulatory regime; standardized PPAs and equipment standardization.

Goyal also projected India’s growth to be in double digits by next year if not this fiscal itself. The caveat being that India needs to get a strong monsoon.

Tags: Energy Efficiency Services limited, I led the way, Make in India, Solar, Solar Energy, Solar Power
"Want to be featured here or have news to share? Write to info[at]saurenergy.com