Energy Dome which is based in Italy launched a commercial long-duration energy storage technology plant in Sardinia on the 8th of June 2022.

It is the world’s first CO2-based Grid-connected battery storage technology.

Italy based Energy Dome has announced the launch of a commercial long-duration energy storage technology plant in Sardinia. This plant was launched on the 8th of June 2022. It is the world’s first CO2-based Grid-connected battery storage technology.

This long-duration energy storage approach will aid in the development of a reliable alternative to fossil fuels for globally dispatchable baseload electricity.

Besides its CO2-based battery storage can store renewable energy for a longer time & release it very quickly in comparison to Li-ion storage. From the cost point of view, this is also beneficial because the cost of this storage is about half of the lithium-ion batteries. As energy consumption continues to increase around the world, there will be a need for energy storage along with energy generation on a large scale.

There are numerous alternative options of grid-level storage available for various forms of energy storage and each one has its own set of advantages and disadvantages.

Energy Dome states that CO2 is the perfect fluid to store energy cost effectively in a closed thermodynamic process as it is one of the few gases that can be condensed and stored as a liquid under pressure at ambient temperature. This allows for high density energy storage without the need to go at extreme cryogenic temperatures. 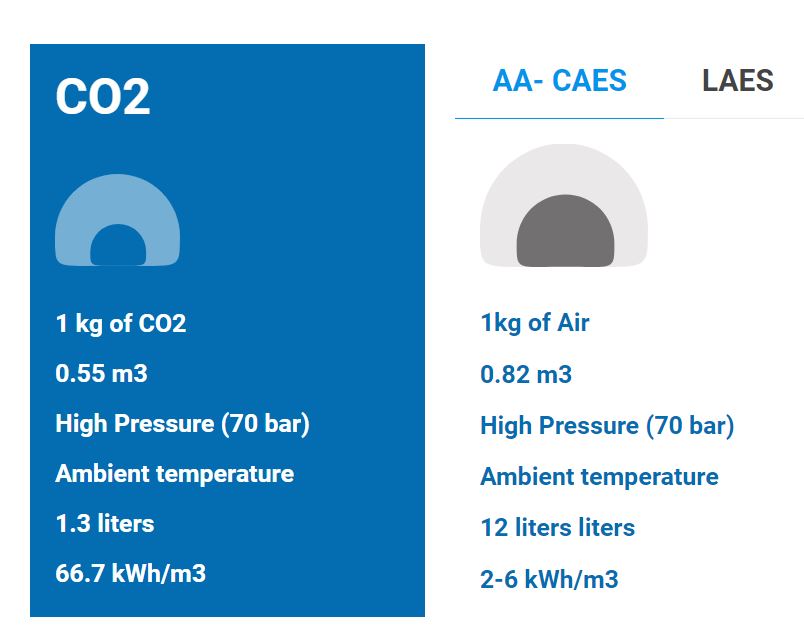 According to Energy Dome, the solution offers a round-trip efficiency of more than 75%. Even yet, CO2 storage technology will never be able to compete with the larger lithium batteries. Both the technologies provide different specialties in their respective fields. CO2 will be known as low cost in the energy sector.

Some methods are less expensive to store energy, but they are often slower to respond to demand and better suited to longer-term seasonal energy generation and demand mismatches. But these CO2 Batteries can be deployed fast anywhere in the world for less than half the cost of comparable-sized lithium-ion battery storage facilities. Energy Dome is currently constructing its first full-scale power plant with a capacity of 20MW-200MWh, which will be operational by the end of 2023.

The company has already secured multiple commercial agreements, including with an Italian utility A2A for the construction of a first 20MW-5h facility. Earlier this year, Energy Dome also signed a non-exclusive license agreement with Ansaldo Energia, a major provider of power generation plants and components, to build long-duration energy storage projects in Italy, Germany, the Middle East and Africa.